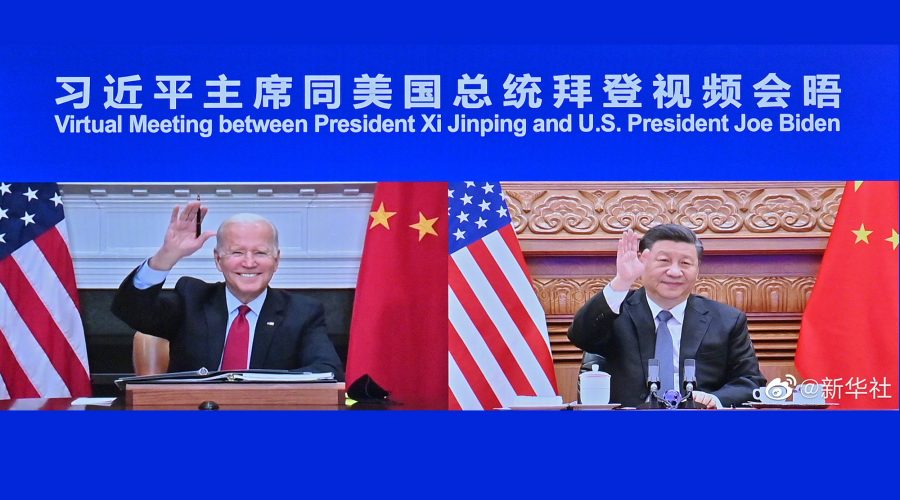 Xi and Biden had a “Candid, deep and constructive call” said Chinese Ambassador to the US Qin Gang, while the US president tried to essentially threaten China with Sanctions, incase they helped Russia. The US President heads to Europe this week.

On Friday, US President Joseph Biden discussed Russia’s invasion of Ukraine with Chinese President Xi Jinping over a virtual meeting during which the US President outlined the views of America and its allies and partners on the crisis. He warned of “implications and consequences” if China provides material support to Russia in its war against Ukraine and attack on civilians.

He added that President Xi “does not believe democracy can be sustained in the 21st century because things move so rapidly, technologies changing so much, democracies don’t have time to arrive at a consensus, that’s where autocracies will succeed”.

Defending China’s stance, where the people’s republic has not openly condemned the invasion, “, China’s ambassador to the US said “[C]ondemnation, you know, only, doesn’t help. We need wisdom. We need- We stand- We need courage and we need good diplomacy,” while speaking on CBS’s “Face the nation”.

Meanwhile Scott Kennedy of the Center for Strategic and International Studies says Chinese President Xi Jinping “can’t stomach doing something that might make Putin look bad.” He added that China’s policy on Ukraine is ‘as clear as muddy water,’ speaking to CNBC.

In the White House readout of the call, the brief statement said that the President underscored his support for a diplomatic resolution to the crisis. The two leaders also agreed on the importance of maintaining open lines of communication, to manage the competition between our two countries. The President reiterated that U.S. policy on Taiwan has not changed, and emphasised that the United States continues to oppose any unilateral changes to the status quo.

The presidents held a two-hour call on Friday, at the end of a week in which Washington raised fears that China would aid the struggling Russian military, which has seen its advance in Ukraine largely come to a halt in the face of fierce resistance. The White House said Biden raised those concerns during the conversation, saying he “described the implications and consequences if China provides material support to Russia”.

In Beijing’s account of the call, it said Xi criticised the economic punishment the US and its allies have imposed on Russia in response to the invasion, which could be extended to other countries, including China, if they side with Moscow. “Sweeping and indiscriminate sanctions would only make the people suffer. If further escalated, they could trigger serious crises in global economy and trade, finance, energy, food and industrial and supply chains, crippling the already languishing world economy and causing irrevocable losses,” Xi said, as reported by China.

Beijing said Xi asked Biden for a “cool-headed and rational” approach, stressed that “the Ukraine crisis is not something we want to see” and said the US and China “must shoulder our share of international responsibilities and work for world peace and tranquility”.

The Financial Times reported this week that Moscow had requested several categories of weapons, including drones, from Beijing.

Biden travels to Europe this week for an extraordinary NATO summit and will attend the Council of Europe meetings. It is reported that he will add a visit to Poland on Friday, 25th March, as a part of his visit. Poland is the frontier where NATO is actively assisting Ukrainian refugees as well as providing Ukraine with weapons.