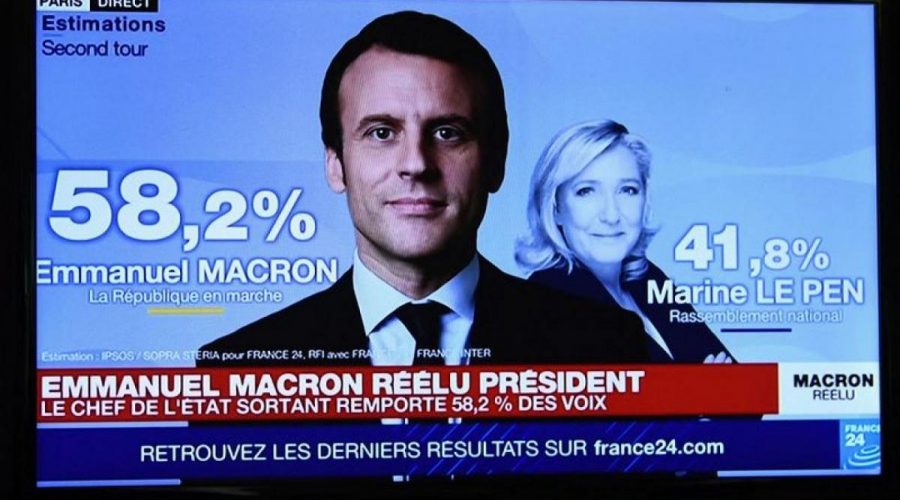 While Orbàn won his term in Hungary will Macron’s win halt the progress made by the far right in Europe or is it just a speed breaker? It seems for now that his victory is a case of TiNA(There is no alternative).

French President Emmanuel Macron may have just won a second term in office, but political analysts believe the continued rise of the far right will cause him significant headaches over the coming years.

“The actual closeness, relative closeness of the vote and the fact that [Marine] Le Pen got over 40%, I think that’s a damning indictment on the state of French politics and perhaps actually the state of inequality and living standards across Europe,” Julian Howard, head of multi-asset solutions at asset management firm GAM, told CNBC’s “Squawk Box Europe” on Monday.

Centrist Macron obtained 58.54% of the votes on Sunday, whereas his nationalist and far-right rival Le Pen got 41.46%. Back in 2017, when the two politicians also disputed the second round of the French presidential vote, Macron won with 66.1% versus Le Pen’s 33.9%.

The incumbent tech-backed centrist easily won another five-year term over his far-right challenger, and the euro EURUSD, -0.83% falls, and French CAC 40 PX1, -2.01% skids over 2%.

Here’s what analysts are saying about Macron’s victory and what it means, or not, for financial markets.

“This result removes the risk of an institutional crisis at the national and EU level,” he said. “Meanwhile, the re-election of a president with a business-friendly agenda should be supportive for markets. However, opposition parties will argue that he was re-elected as a default choice and has low support in public opinion.”

Much will depend on the June parliamentary elections, where Gudin said there is a significant risk of a hung parliament.

UBS economist Dean Turner agreed. “It is hard to know if the collapse in support for the traditional parties in the presidential vote will be repeated to the same extent in June. Some political realignment is expected, all signs point toward legislating proving more challenging for Macron in his second term.”

There’s also the question of, after Macron’s win, who will be his prime minister, with one candidate being European Central Bank president Christine Lagarde, though other figures including Labor Minister Elisabeth Borne and Agriculture Minister Julien Denormandie have been mentioned as possible prime ministers .

Strategists at JPMorgan said Macron’s plans to further reform the labor market and the unemployment insurance system, as well as increasing the retirement age, were the more friendly market outcome. Banks including BNP Paribas BNP, -1.70% and Societe Generale GLE, -2.41% avoid a widening of credit spreads that would’ve been seen if Le Pen had won, and infrastructure plays avoid a nationalization of French toll roads.

Macron plans to cut household taxes, and a plan to renovate 700,000 homes a year to help cut energy consumption could benefit do-it-yourself retailers.

Macron’s win triggered relief among allies that the nuclear-armed power won’t abruptly shift course in the midst of the war in Ukraine from European Union and NATO efforts to punish and contain Russia’s military expansionism.

The second five-year term for the 44-year-old centrist spared France and Europe from the seismic upheaval of having firebrand populist Marine Le Pen at the helm, Macron’s presidential runoff challenger who quickly conceded defeat but still scored her best-ever electoral showing.

Acknowledging that “numerous” voters cast ballots for him simply to keep out the fiercely nationalist far-right Le Pen, Macron pledged to reunite the country that is “filled with so many doubts, so many divisions” and work to assuage the anger of French voters that fed Le Pen’s campaign.

“No one will be left by the side of the road,” Macron said in a victory speech against the backdrop of the Eiffel Tower and a projection of the blue-white-and-red tricolor French flag. He was cheered by several hundred supporters who happily waved French and EU flags.