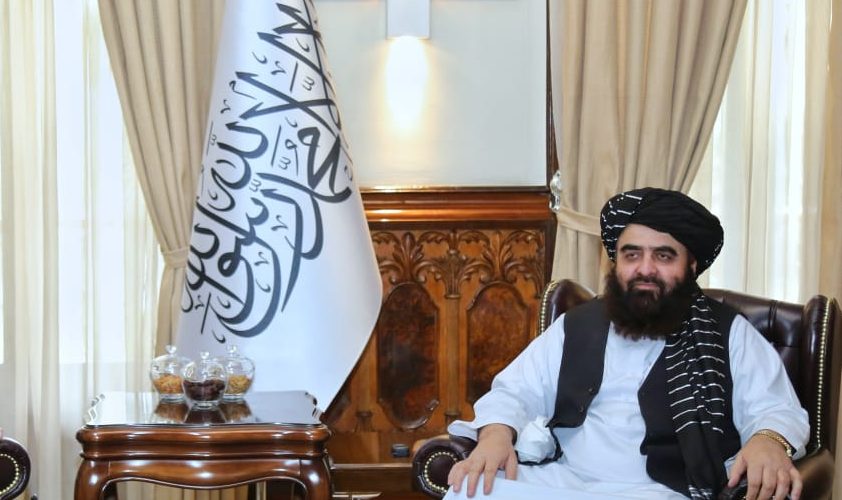 Taliban and Pakistan, tensions seem to abound between the Pakistan-Taliban relationship. Pakistan, which chairs the Organisation of Islamic cooperation (OIC) for 2022-2023, inaugurated  the 48th meeting of the OIC Conference of Foreign Ministers (CFM) from Tuesday to Wednesday, and Afghanistan was also on the agenda. Infact in his inaugural speech, Prime Minister Imran Khan invoked Afghanistan by saying “No nation has suffered as much as Afghanistan in the 40 years of conflict. Finally, there is no conflict going on,” he said, adding that the only danger that the country faces is sanctions and non-recognition.“A stable Afghanistan is the only way to stop international terrorism.” he added.

Pakistan had also hosted the December extraordinary session of the OIC foreign ministers in December. However, despite Pakistan having supported and sheltered the Taliban for over three decades and having been one of the few countries to have recognized the first Taliban government in the 1990’s, the Islamic Emirates acting foreign Minister Amir Khan Muttaqi was not included in the group photo of the visiting ministers. Infact the Afghanistan seat was left vacant. In the past few months, the relationship between Pakistan and the Taliban has deteriorated. While Pakistan has sought to keep the Loya Paktiya Haqqani group in control in the transitional government of the Islamic Emirate of Afghanistan, this has been resented by the Loy Kandahar faction led by Mullah Baradar and Mullah Yakoub. The face of the government have been the Haqqani’s with Anas Haqqani, Sirajuddin Haqqani (Minister of Interior) and Khalil Haqqani (Minister of Refugees).

There has also been a lot of discord on the demarcation and security at the Durand line, which is considered the international border by Pakistan however not recognised by Afghanistan. Pakistan’s attempt at fencing the border has created conflict with the Pashtun Taliban, who believe the fence to be an attempt to divide the Pashtun people and their united homeland Pashtunistan, which falls on both sides of the Durand line.

Pakistani and Taliban forces started exchanging fire end of February in a dispute over the setting up of a military check post in a southwestern border area that divides Chaman and Spin Boldak districts, three security officials told Reuters. Pakistan has had recurring problems with the Tehrik e Taliban Pakistan (TTP), essentially Pakistani Taliban, which is now supported by the Afghan Taliban and have the objective of creating an Islamic Emirate in Pakistan. Just two days ago 2 pakistani soliders were killed at the border at the Khyber Pakhtunwala district in skirmishes with the Taliban.

While the Chinese Foreign Minister Wang Yi was a “special guest” at the OIC summit, which may be Pakistani Prime Minister’s last international engagement while he faces a no-confidence motion on Friday, the Taliban decided to effectively downgrade its presence at the OIC.

Instead of sending Foreign Minister Muttaqi, the Taliban’s Islamic Emirate government will be represented by an official of the Afghan foreign ministry. Afghan Foreign Ministry’s deputy spokesman Hafiz Zia Takal told Dawn.com that a ministry official named Muhammad Akbar Azeemi will lead the Taliban government’s team at the moot in Islamabad. No member of the 57-member OIC has recognised the Taliban government. The seat is officially still with the ousted government of Ashraf Ghani just as is the case in the United Nations.

Meanwhile, the Foreign Office said that a trust fund for humanitarian affairs under the auspices of the Islamic Development Bank (IsDB) will be announced later on Monday. The fund will serve as a means to direct humanitarian aid to Afghanistan through partnership with other international actors.

Secretary General of OIC Hussein Brahim Taha in the December OIC meeting in Islamabad had requested the OIC General Secretariat, the IsDB, the Trust Fund, together with relevant UN Agencies, to draw a road map to mobilise actions in the relevant fora to open financial and banking channels to restore liquidity and flow of financial and humanitarian assistance.

Despite having pumped billions of dollars into the Taliban and sheltered them for over three decades, strategic depth that Pakistan sought by controlling Afghanistan remains an illusion. Today the Kandahar faction of the Taliban led by Mullah Baradar and the son of founder Mullah Omar, resent Pakistan’s involvement and the Haqqani network has started to move by playing power brokers between the various powers who have a keen interest in Kabul, often bypassing their allies and controllers in the Inter Services Intelligence (ISI), Pakistan’s intelligence services as well as the all powerful Pakistani army.

Taking the stage at the OIC moot, Chinese Foreign Minister Wang Yi said that maintaining friendly relations lies at the heart of the traditions of China.

“China can never forget the support of the Islamic world in the United Nations,” he said, assuring unwavering assistance for the Muslims in Palestine. “China stands with the Palestinian people for a two-state solution.”

Regarding Afghanistan, Yi assured that China stands with the war-torn country for all possible assistance and cooperation for peace, development and reconstruction. Despite his lofty words, Yi flies to India to confer with his counterpart there given India’s strategic relationship with Russia, where China hopes to play powerbroker given the current conflict. None of the members states of the OIC questioned China’s blatant abuse of 6 million Uighurs who share a border with Pakistan and Afghanistan. The Uighur Muslim genocide conducted by China in Xinjiang, remains unchallenged and a demonstration of the lack of coherence of the OIC moot, which self congratulates itself on fighting Islamophobia while allowing Yi to express solidarity with Palestine. “We are also investing $400bn in 600 projects in the Muslim world.” Yi added.

Cracks have now widened between the two inseparable allies and with Imran Khan’s government headed to a Parliamentary showdown, serious concerns rise about democracy and security of Pakistan, a nuclear power. In less than a year after the fall of Kabul the spectre of a military government or a military backed government in Islamabad with open militancy, only deepens the crisis in South Asia.