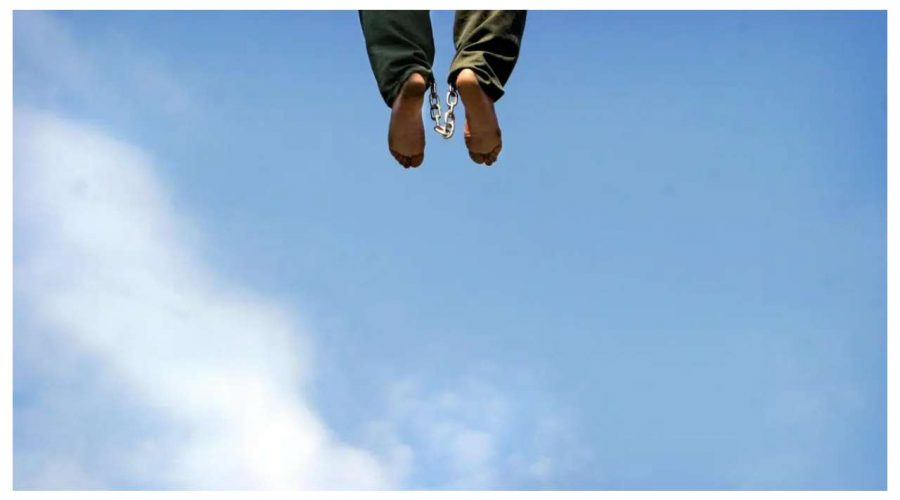 Saudi Arabia executed 81 people in one day, on Saturday 12th March, including one Syrian and seven Yemenis. The number dwarfed the 67 executions reported in the kingdom in 2021 and the 27 in 2020. It was the biggest mass execution in decades in the Kingdom’s modern history.

These were convicted of crimes ranging from killings to belonging to militant groups, the largest known mass execution carried out in the kingdom in its modern history. The death penalty is often used in the Kingdom.

The number of executed surpassed even the toll of a January 1980 mass execution for the 63 militants convicted of seizing the Grand Mosque in Mecca in 1979, the worst-ever militant attack to target the kingdom and Islam’s holiest site. (Read Time.com’s feature on history of mass executions in Saudi Arabia.)

It wasn’t clear why the kingdom choose Saturday for the executions, though they came as much of the world’s attention remained focused on Russia’s war on Ukraine — and as the U.S. hopes to lower record-high gasoline prices as energy prices spike worldwide. British Prime Minister Boris Johnson reportedly plans a trip to Saudi Arabia next week over oil prices as well, despite these blatant human rights violations.

The number of death penalty cases being carried out in Saudi Arabia had dropped during the coronavirus pandemic, but the kingdom continued to behead convicts under King Salman and progressive Crown Prince Mohammed bin Salman.

The kingdom says terrorists were among the people who were executed

The state-run Saudi Press Agency announced Saturday’s executions, saying they included those “convicted of various crimes, including the murdering of innocent men, women and children.”

The kingdom also said some of those executed were members of al-Qaida, the Islamic State group and also backers of Yemen’s Houthi rebels. A Saudi-led coalition has been battling the Iran-backed Houthis since 2015 in neighboring Yemen in an effort to restore the internationally recognized government to power.

Those executed included 73 Saudis, seven Yemenis and one Syrian. The report did not say where the executions took place.

“The accused were provided with the right to an attorney and were guaranteed their full rights under Saudi law during the judicial process, which found them guilty of committing multiple heinous crimes that left a large number of civilians and law enforcement officers dead,” the Saudi Press Agency said.

“The kingdom will continue to take a strict and unwavering stance against terrorism and extremist ideologies that threaten the stability of the entire world,” the report added. It did not say how the prisoners were executed, though death-row inmates typically are beheaded in Saudi Arabia.

An announcement by Saudi state television described those executed as having “followed the footsteps of Satan” in carrying out their crimes.

“The world should know by now that when Mohammed bin Salman promises reform, bloodshed is bound to follow,” said Soraya Bauwens, the deputy director of Reprieve, a London-based advocacy group.

Ali Adubusi, the director of the European Saudi Organisation for Human Rights, alleged that some of those executed had been tortured and faced trials “carried out in secret.”

“These executions are the opposite of justice,” he said.

The kingdom’s last mass execution came in January 2016, when the kingdom executed 47 people, including a prominent opposition Shiite cleric who had rallied demonstrations in the kingdom, making this the biggest single day mass execution in modern history of the Kingdom.

In 2019, the kingdom beheaded 37 Saudi citizens, most of them minority Shiites, in a mass execution across the country for alleged terrorism-related crimes. It also publicly nailed the severed body and head of a convicted extremist to a pole as a warning to others. Such crucifixions after execution, while rare, do occur in the kingdom.

Activists, including Ali al-Ahmed of the U.S.-based Institute for Gulf Affairs, and the group Democracy for the Arab World Now said they believe that over three dozen of those executed Saturday also were Shiites. The Saudi statement, however, did not identify the faiths of those killed.

Shiites, who live primarily in the kingdom’s oil-rich east, have long complained of being treated as second-class citizens. Executions of Shiites in the past have stirred regional unrest. Saudi Arabia meanwhile remains engaged in diplomatic talks with its Shiite regional rival Iran to try to ease yearslong tensions.

Sporadic protests erupted Saturday night in the island kingdom of Bahrain — which has a majority Shiite population but is ruled by a Sunni monarchy, a Saudi ally — over the mass execution. Saudi Arabia denies accusations of human rights abuses and says it protects its national security according to its laws.