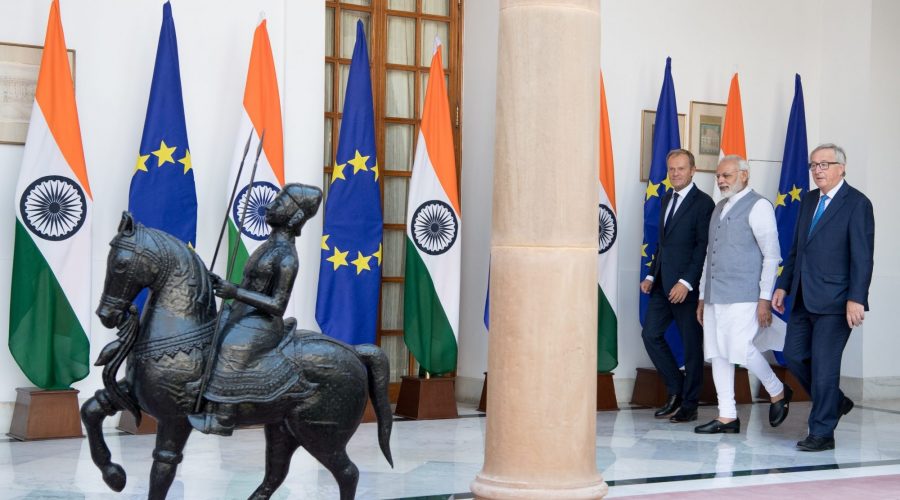 The Russia-Ukraine conflict and sanctions on Russia may open up a $22.5 billion worth export opportunity across 83 commodities for India, says an analysis carried out by MVIRDC World Trade Centre, Mumbai.

“But instead of questioning India’s position as a like-minded partner – and with it the stronger EU-India relations of the last two years – the union should do more to demonstrate its commitment to deeper cooperation with the country. Indeed, it is in the EU’s interest to show India that it is a reliable partner”, says Manisha Reuter of the European Council of Foreign Relations.

Russia is also an important economic partner: India imported goods worth $6.9 billion from Russia in 2021 – mainly mineral oils, fertiliser, precious stones, and nuclear technology. Its exports to Russia stood at $3.33 billion, ranging from pharmaceutical products to tea and coffee. Although India has begun to diversify its weapons portfolio and build up its own arms industry, Russia is the source of around 50 per cent of the weapons used by the Indian armed forces. And, in December 2021, despite looming US sanctions on Russia, New Delhi reaffirmed its strategic relationship with Moscow through a $5.2 billion deal for Russian S-400 surface-to-air missile systems, she mentions in her article.

Despite its dependance on Russia for India the export opportunity arises on the back of supply chain disruptions in Russia-European Union trade due to the ongoing war. EU is dependent on imports from Russia for these 83 commodities and India has the competitive advantage in supplying these commodities to the world market, the analysis shows.

“Currently, EU market accounts for hardly 4 per cent of India’s total exports of these 83 goods and hence there is a huge scope for increasing our exports to this region. Also, India ranks among the top 10 exporters in the world in many of these commodities. For instance, in agglomerated and non-agglomerated iron ores, India ranks among top six in world exports and our export quantity has grown around 20 per cent per annum since 2016. Similarly, in exports of polypropylene, India ranks 8th in the world and our outbound shipment has grown 8 per cent per annum in terms of quantity since 2016. In light petroleum oils, India ranks sixth in world export, with a share of 4.4 per cent in the global market. Majority of the identified goods belong to the industrial sectors such as petroleum, metals, plastics, rubber, chemicals etc., where India may have to create fresh capacity to increase exports to the EU market,” WTC analysis points out.

“The 27-country EU bloc is the second largest destination for Indian products, accounting for 15% of our outbound shipments, after USA’s share of 18%. Still, there is huge untapped export opportunity, which can be realized by exporters. India may negotiate preferential market access for these 83 commodities in the ongoing talks on free trade agreement with the EU”, Vijay Kalantri, chairman, MVIRDC WTC, said.

The analysis cautions that India may face stiff competition from EU member countries, who are also major exporters of these goods. “Indian exporters need to demonstrate their cost and quality competitiveness vis a vis Germany, France, Belgium and Czech Republic that are also top exporters of these identified goods to the EU market. While the private sector may have to stay competitive in terms of cost and quality to claim the EU market, the government may have to support the private sector through measures such as improving logistics infrastructure and ensuring flow of credit to the industry at affordable cost,” it said.

With countries scrambling to unwind ties with Russia, some argue nations must be more discerning about who they do business with. Labour’s Bryant attributes blame in part to David Cameron, the former British prime minister, for believing “you should just do as much trade as you could with any other country, including Russia.”