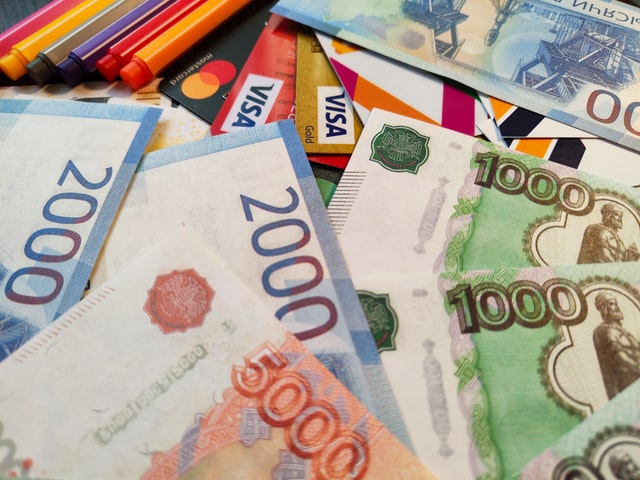 It was only on Sunday that I wrote about the radical escalation in the economic and financial side of the war between Russia and Ukraine.

That was before the financial markets opened on Monday, and before Russia had a chance to respond.

But even by then – early Sunday morning Moscow time – enormous lines had begun to form at Russian automatic teller machines with many running dry, and reports had begun to emerge of Russians swarming luxury retailers to swap their rubles for anything that might retain its value.

So damaged was the Russian economy following that event that the Russian government would eventually ask the International Monetary Fund for food aid.

The 1998 crisis triggered massive capital flight, a sharp devaluation of the ruble, default on public debt, hyperinflation, and a huge increase in interest rates.

It was devastating, and left Russia’s global financial reputation in tatters.

The parallels in the last few days have been striking. When foreign markets opened on Monday, the ruble immediately fell more than 30% to record lows after foreigners began desperately selling out of Russia.

Perhaps the most devastating measure is the freezing of at least half of the Bank of Russia’s foreign exchange reserves held by the central banks of cooperating nations. This is the war chest Russia built up with great discipline over many years precisely to guard against sanctions.

Central banks are typically treated as off-limits for sanctions – sacrosanct, if you will. Russia presumably thought so.

Without the ability to use those foreign reserves to support the ruble, Russia was forced to revert to a range of desperate measures.

The Moscow stock exchange was kept closed on Monday and is yet to reopen. After all, you can’t have a market crash if the market never opens.

Russia more than doubled its key central bank interest rate, lifting it from 9.5% to 20%.

But when your currency is in freefall because people are dumping it, you need to provide a very big financial incentive for people to hold onto it, including by paying higher interest rates on the remaining rubles in savings accounts.

The higher rates immediately flowed through to higher mortgage rates for ordinary Russians – the last thing an economy on the brink needs – as well as to loans funding business investment.

This is the diabolical conundrum Russia faces as it’s hit with a financial crisis with at least one hand tied behind its back by the West.

Russia also banned Russians from buying Russian assets from foreigners, to stop foreigners bailing out of Russia. It required every Russian firm to convert 80% of its foreign earnings into rubles – essentially confiscating foreign dollars to use in lieu of its own frozen foreign reserves.

And, most recently and most worryingly, it has halted interest payments on three trillion rubles (US$27 billion) in Russian government debt held by foreigners.

Another way to put that is the Russian government is now in default.

That makes one thing certain: there is no going back for Russia now. The damage will be permanent.

Ultimately, each of Russia’s moves is intended to rebuild foreign currency holdings inside Russia. Even with the sanctions, Russia receives billions each day in foreign earnings on the exports still permitted including oil, gas and wheat.

Russia’s goal is to hoard that cash and rebuild its war chest, giving it more room to manoeuvre. Given that US$300 billion of reserves are frozen, this will take time.

How long before collapse?

While the West has made efforts to exempt energy from the sanctions, the interconnectedness of global financial markets and jittery participants fearful of inadvertently falling foul of sanctions have already seen energy deals disrupted.

Contracts for future Russian oil supply are failing to sell, even at sharp discounts.

This raises the key question Western leaders are asking right now: how long can the Russian economy – and thereby its people, and its leadership – survive?

It seems likely that to properly stabilise its financial system it will need more draconian measures – such as bans on bank withdrawals and rationing. They will do even more damage to the economy than 20% interest rates and sanctions.

Is this degree of economic damage enough to get Russia to change course in Ukraine? Can the Ukrainians hold on long enough that the economic costs to Russia become unsustainable?

Read more: US-EU sanctions will pummel the Russian economy – two experts explain why they are likely to stick and sting

If necessary, will the West be willing to double down, and really put some skin in the game by limiting their purchases of Russian oil and gas?

That could well be the nail in Russia’s coffin – but also highly damaging to the European and global economy. Only time will tel