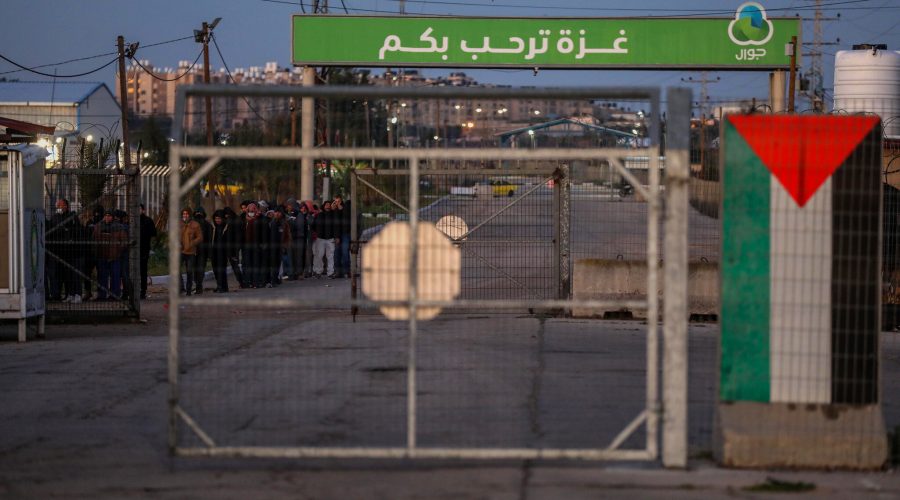 Ramadan should be a time of contemplation, prayer and union with the almighty in the Islamic faith. I have known Muslims, the devoted ones, to consider even the utterance of a harsh word as “haram” during the holy month. For the Islamic extremists, Ramadan is a month of violence, one who dies killing the infidel gains paradise, more so during Ramadan. This year Ramadan violence has not been limited to Jerusalem and has also spread to New Delhi.

Democracy worldwide is under threat. What is even worse is that it’s coupled with online, social media violence and instrumentalisation to push across an extreme political-left agenda. It seems as if the political and intellectual left have made common cause with the Islamic brotherhood now even on social media, attacking common enemies, in Israel the Jewish state and in India the Modi government.

The violence in Israel during Ramadan is not new. What is new is the way it has been presented online, with all the blame squarely being placed on the Israeli police and authorities.

A common message, that Palestinians “want their freedom from occupation and Israeli apartheid” is being cemented into a narrative, which the Israeli state, the startup nation, is just unable to counter. A two state solution will not be created by hooligans and Molotov cocktails and Israel does not have a credible partner to currently negotiate with.

However, if one looks at this Ramadan from my perspective, it seems that the Muslim brotherhood has been emboldened with the US withdrawal from Afghanistan, its unwillingness to enter a war with Russia over Ukraine and has evolved and institutionalised. Supported by Turkey, Qatar and Pakistan, a global strategy seems to have been hatched.

In Israel that has resulted in a successful attempt by the Hamas to take over the leadership as the “defenders of Al-Aqsa”. The Hamas, after an internal reshuffle, has clearly changed the status quo and snatched the leadership in Jerusalem from King Abdullah of Jordan and Mohamed Abbas of the Palestinian Authority. The various players are now negotiating for peace with Ismail Haniyeh, Hamas’ leader in exile in Doha, rather than Abbas or Abdullah, much to their chagrin.

While the Hamas has wanted to try and keep the war from spilling over to Gaza, it has been unsuccessful. Jerusalem burns, Gaza skirmishes have started and Ramadan violence engages frustrated Israeli-Arab youth as well. This was preceded by lone wolf terror attacks in different parts of Israel, probably directed online by unknown provocateurs from ideally anywhere-possibly based in Turkey, Pakistan, Afghanistan, or Syria.

A similar pattern has developed in New Delhi. While the online media has successfully blamed the majority Hindu community for instigating the violence, this Ramadan has seen systemic terrorism in Kashmir against the Hindu minority as well as community violence between Hindus and Muslims in the capital. Like Israel, both fronts, that of organised terror in Kashmir as well as online provocation have been active. Here the provocateur is much likely Pakistan and Pakistan based groups, even though one wouldn’t be able to rule out the role of Turkey, which has systematically supported the Hamas as well as Pakistan in institutionalising the use of social media for terrorism and narrative building. Obviously, this has been peddled for all it is worth, by left leaning political players and Islamists with the word “Muslim genocide” being used liberally.

On an unconnected front, violence has escalated in Somalia to hinder the election of a new President by the Al Shabab, including attacks on the newly elected parliament. The current President Farmajo is strongly supported by Turkey and Qatar and a new President, incase Farmajo were to be ousted, is against their interests. In Afghanistan, after a period of uneasy peace after the Taliban takeover, violence in Kabul has resurfaced with Shia Hazara schools being the primary target.

Finally, the pattern takes a scary turn with the visit of Congresswoman Ilhan Omar to Pakistan and Pakistan occupied Kashmir. Here the messaging, for the first time, changes direction from the usual suspects which are linked to the Islamic extremist groups and Muslim brotherhood proxies to the left of the US democratic party.

As if coordinated, Omar uses her visit to highlight Islamophobia, violence against Indian Muslims, rally support against the Indian government and visit Pakistan occupied Kashmir. Omar is a Congressional ally of non-Muslim US left leaders such as Alexandria Ocasio-Cortez, Ayanna Pressley, Rashida Tlaib, Cori Bush and Jamaal Bowman who regularly vote together on several key issues. It is under pressure from this lobby that Secretary of State Blinken raised the issue of human rights violations in India, during Indian Foreign Minister Jaishankar’s visit to the US. This relentless pressure on Israel has now been also directed to India with US academics who regularly attack Israel, now coopting similar platforms to attack “Hindutva”, or the political Hindu right, equating Zionism and Hindutva as both “repressors” and “evil”.

Omar’s visit to Pakistan was planned for a while, so her visit this Ramadan is not a coincidence, which is alarming and makes the political positioning a part of a larger conspiracy. The Pakistani establishment which invited Omar, was already aware of impending sectarian violence in India during Ramadan, which points to pre-mediation. All this while ISIS launches a declaration of war encouraging its followers to attack Europe while it is embroiled in the Ukraine conflict.

Just in January, ISIS militants from Turkish controlled enclaves tried to stage a jail break of one of the largest confinement facilities controlled by the Syrian Defense Forces with over 400 ISIL fighters still feared missing and at large.

From all of this, I see a pattern arise, where lessons learned by the Hamas in Israel being now employed in India, to create and institutionalise Ramadan violence online and on the streets. This has been followed by the weaponisation of social media globally, especially by the US left to create a singular anti-Israel and anti-India narrative. Islamic countries have had no choice but to condemn Israel, from Jordan and Egypt to new allies UAE, Morocco, Bahrain, as well as raise concerns with historic ally India, the world’s third largest Islamic country.

How the world and especially the Islamic world, reacts to this network of violence organised by the Islamic brotherhood, will determine how this will progress in the coming days. The violence will test the Abraham accords, which is one of the objectives.

While the brotherhood considers the US, Israel and India as primary enemies, Gulf monarchies and Europe are not far behind. The combination of online social media coordinated campaigns to create pressure with political pressure and lobbying, as well as street violence, shows the emergence of a coordinated plan. This plan aims to take advantage of global distraction due to the Russia-Ukraine conflict and institutionalise a coordinated narrative building campaign, backed by violence, which justifies terrorism, portrays the aggressors as victims and attacks the fundamentals of democracy in every non-Muslim country. Turkey, Pakistan and Qatar take advantage of the distraction to garnish support while Iran spreads its influence on the ground taking advantage of Russia’s engagement in Ukraine.

China is silent, however probably not far behind, given that this unlikely alliance of China-Pakistan-Qatar-Iran and Turkey have actively acted in concert since 2019 and not one of these “very piously Islamic countries” have mentioned or protested the Chinese Uyghur genocide. The democratic world must take notice, especially the social media companies, who are now complicit in spreading social terror. Next Ramadan will be bloodier than this one….