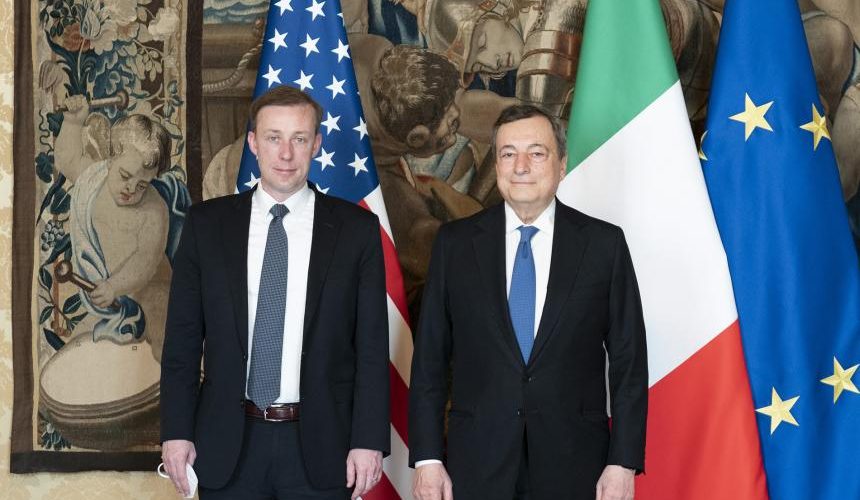 PIGS Prime Ministers to meet on 18th of March. The prime ministers of Italy, Spain, Portugal and Greece (PIGS) will meet in Rome on Friday ahead of a regular summit of European Union leaders, the Italian government said on Tuesday. Rome recently hosted an important meeting in between US National Security Advisor Jake Sullivan and his Chinese counterpart Wang Jiechi. Sullivan later met with Italian Prime Minister Mario Draghi.

A Greek government source said the Rome meeting would focus on energy issues.

Spain’s Pedro Sanchez and Portugal’s Antonio Costa will meet Italian Premier Mario Draghi in person, while Greece’s Kyriakos Mitsotakis, who has tested positive for COVID-19, will join via video link.

The EU summit will be held in Brussels on March 24-25 where US President Joseph Biden is scheduled to join in person. Biden is in Brussels for an emergency NATO summit convened by Secratary General Jens Stoltenberg to discuss the Russia-Ukraine war.

In a two-day gathering in Versailles, France last week, heads of EU countries discussed ways to reduce their economic exposure to Moscow and to cut energy imports from Russia by 2027.

The leaders said they were ready to impose harsher economic sanctions on Russia over its invasion of Ukraine and that they could give Ukraine more funds for arms to fight back, Reuters reported.

Earlier, US National Security Advisor Jack Sullivan met with Prime Minister Mario Draghi and Diplomatic Advisor Luigi Mattiolo to discuss “measures to impose costs on Russia for its war in Ukraine and humanitarian assistance to those fleeing the conflict” . This was stated by the White House, reporting on their meeting in Rome.

The heart of the discussion was focused on the Ukraine invasion and Draghi’s approach is inspired by realism: managing the consequences of the conflict on Italy and Europe as well. As the White House reports, the two also discussed China’s position and “transatlantic approaches to the People’s Republic of China”. Draghi’s trip to the USA, scheduled in May, remains in the background: planned well before the outbreak of the war in Ukraine and now probably to be rescheduled in the light of international events.