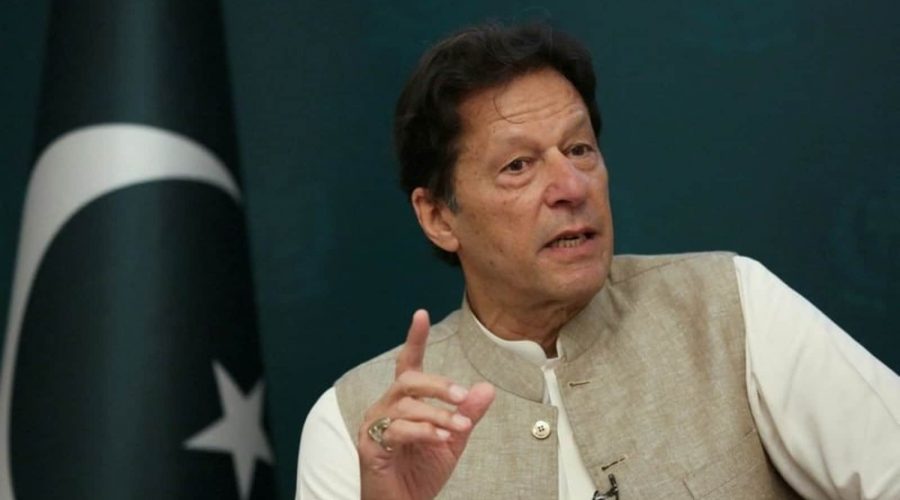 Pakistan’s Pretorian Democracy is at risk again with the endangering of Imran Khan’s government.

The imminent demise of the Imran Khan regime has re-established the primacy of the Pakistan Army in the politics of the country. A paraphrasing of a Biblical verse – The Army giveth and the Army hath taken away; blessed be the name of the Army – sums up the state of democracy in the Islamic state. In Pakistan’s Praetorian democracy, even a minority government can survive a full term if it has the support of the military; conversely, even a government enjoying a two-third majority can be thrown out if the Army turns against it.

Ostensibly, Imran Khan is going to be ousted from office through a democratic exercise – no-confidence motion. But this move by the opposition parties could never have succeeded if the all-powerful military had not pulled out its support for the Imran Khan government.

Imran Khan had been brought into power by the Pakistan Army which manipulated the judicial system, indulged in political shenanigans to build up Imran Khan’s party, and fiddled with the electoral process to ensure his victory; his exit also has the blessings of the military which turned ‘neutral’ and snatched away the crutches that kept Khan in power.

Getting rid of Imran Khan was never really a problem for the military in Pakistan. When they made him Prime Minister, they had ensured that he needed the support of smaller parties (all beholden to the Army and taking their cue, and their instructions from the ISI) to cobble together a majority. All the Army needed to do was to wink at parties like PMLQ, BAP, and MQM to switch sides, and that would be the end of Imran Khan.

The only problem was that there was no clarity on who or what would replace Imran Khan. There was also another problem. The Army had invested a lot in Imran Khan since the beginning of the second decade of this century. It saw in Imran Khan the perfect stooge who would unquestioningly do its bidding. He was the military’s ten-year project to alter the face of Pakistani politics by marginalising and getting rid of old school politicians like Nawaz Sharif and the Bhutto-Zardari clan who were manifestly corrupt, slippery and often assertive on issues which the military saw as its domain – national security, diplomacy, strategic issues. But within weeks of the Imran becoming Prime Minister, it was clear that this experiment was based on false premises, unreal assumptions, and wishful thinking, all totally divorced from reality.

Even so, since so much has been invested in Imran Khan, the Army felt it could tweak things and fix them to ensure their man successfully completed his term and won another one – the ten-year project. But it all went horribly wrong. Governance was non-existent. Diplomacy was in a shambles. Imran and his team members managed to rile every single one of Pakistan’s benefactors and partners – China, Saudi Arabia, UAE, and the West. Relations with India went from bad to worse.

Imran’s abusive and vituperative rhetoric might have worked to charge crowds at public rallies, but was a disaster when it came to diplomacy. The economy was bankrupted because of mismanagement and cluelessness of his ministers. The bureaucracy was shuffled around like a deck of cards, with the result that it came to standstill. Politically, he proved to be a polarizing figure who victimized his opponents and overlooked his allies in hubris. And he ignored the Army’s advice on a host of issues ranging from political appointments to diplomatic initiatives. The Army was receiving a lot of flak for the drift in the governance and the economic hardships that people were facing. But Imran Khan believed he was indispensable because the Army did not have a viable or acceptable political alternative.

The tipping point came when Imran Khan thought he can play politics within the army pitting one general against another or playing favourites some generals – former ISI Chief Faiz Hameed and ISPR Chief Asif Gafoor. Imran breached the military’s red-line when he tried to interfere and stall the transfer of the former ISI chief last October. The spat over the new ISI chief convinced the Army that the time had come to jettison their experiment and do a course correction lest Imran destroy everything.

But it took the Army nearly six months to build bridges with the opposition parties. The latter were left with no option but to play ball. They knew that if they refused to strike a back room deal with the military they would stay out in the cold. Worse, Imran would most likely appoint someone like Faiz as the next Army chief and that would lead to the most vicious victimization of the opposition parties. To claw back into the game, they would have to get back into the bed with the military. If this meant compromising, even junking, their principled political and ideological stand against the interference of the Army in politics, so be it because this was the only way to get back into the game.

What all this means is that with the opposition striking a deal with the military establishment, the latter will continue to call the shots in whatever dispensation comes into office after Imran Khan’s exit. Far from the military stepping back after its failed experiment, it is now even more firmly in control of the politics of Pakistan than it was before. The opposition will now be eating from the hand of the Army’s top brass, currying favours and siding up to the generals. The outgoing regime, after a few tantrums, will also come scurrying back to seek the indulgence of the Army. The Praetorian Democracy of Pakistan has only been strengthened by the recent developments.