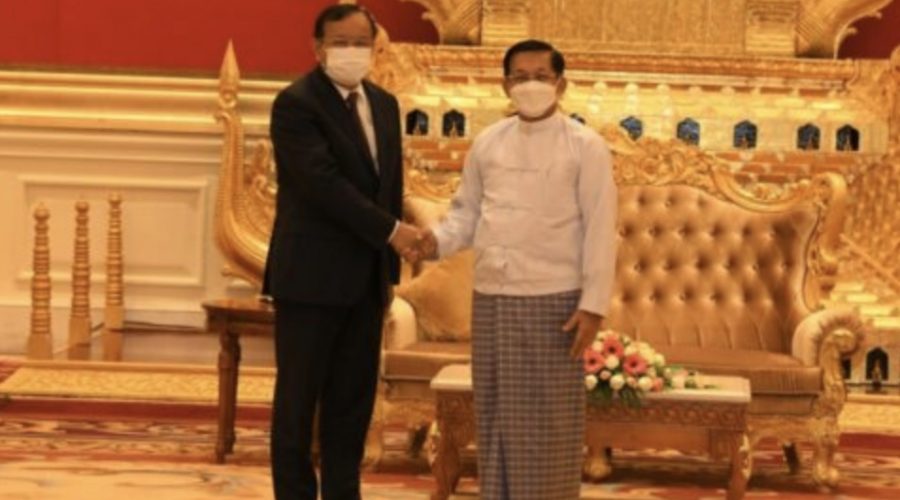 Myanmar faces profound crisis on human rights, with over 1600 killed, and a million displaced with over 1 million Muslim Rohingya refugees. “Genocide”, declares Blinken. While the world’s attention is now focused on Ukraine, ASEAN is unable to convince the military junta to make concessions.

Since 1 February 2021, more than half a million people have been forced to flee their homes, with at least 15,000 reportedly fleeing the country – adding to the nearly 340,000 people internally displaced before the coup, and more than one million refugees, most of them mostly Muslim Rohingya who have found refuge in Bangladesh, reports the UN.

Authorities made the determination based on confirmed accounts of mass atrocities on civilians by Myanmar’s military in a widespread and systematic campaign against the ethnic minority, Blinken said in a speech at the U.S. Holocaust Memorial Museum.

Despite harsh repression, many citizens continue to resist the military coup. Although most protests have been expressed peacefully, including a ‘Silent Strike’ as well as other forms of protest and boycotts, the military has met all dissent with lethal force, mass arbitrary arrests, and the torture.

“Credible sources have recorded the deaths of over 1,600 individuals, many engaged in peaceful protest. At least 350 of those killed died in military custody, over 21 per cent of the total deaths,” Ms. Bachelet said. High Commissioner Michelle Bachelet told the 49th session of Human Rights Council, that amidst a “profound crisis” facing access to basic human rights in Myanmar following the coup in February last year, hundreds of localized armed resistance groups have now formed across the country, triggering “widespread violence in areas that were previously stable”.

Hundreds of children have been detained by the Myanmar military since it seized power more than one year ago, with many held ransom by soldiers and police who are seeking to arrest their relatives, according to a minister of the country’s National Unity Government, reported the Guardian.

Naw Susanna Hla Hla Soe, minister of Women, Youths and Children Affairs Ministry in the NUG, which was formed last year by elected lawmakers to challenge the junta, said 287 children under the age of 18 had been detained since 1 February 2021. Most had been held in police station detention centres, and some in prisons.

Meanwhile in a previous article, European Times had reported on the new sanctions levied by the European Union as well as companies such as Telenor which are now trying to exit Myanmar. A very high risk remains that the military government can use European technology to spy on dissidents, which will worsen the human rights situation in the country.

The special envoy’s itinerary, reported by The Irrawaddy, says he will meet the regime’s peace committee, politicians like U Ko Ko Gyi, the chairman of the People’s Party, who is not critical of the junta, after meeting the country’s regime chief Min Aung Hlaing.

To defuse Myanmar’s crisis, ASEAN and Min Aung Hlaing agreed a five-point peace plan, including a halt to violence and the visit of an ASEAN special envoy, in April last year. But Min Aung Hlaing failed to honor the agreement, causing disagreement among the bloc’s members.

Some eight junta soldiers were reportedly killed in a resistance mine attack on a Myanmar regime convoy in Saw Township, Gangaw District, Magwe Region, on March 17.

The loss of life and violence continues while citizens resist the coup and genocide. “Three military vehicles were traveling from Kyaukhtu to escort a military convoy from Pakokku. We attacked the Kyaukhtu-Pakokku road with mines. Two of the vehicles were hit,” a member of Kyaukhtu People’s Defense Force (PDF) told The Irrawaddy.

Concluding her address to the Human Rights Council, Bachelet called for urgent action by the international community and for all parties to halt violence and respond to the country’s humanitarian needs.

“Myanmar’s people demand that their voices be heard and that they have a say in their democratic future…It is time for us all to listen to them.”