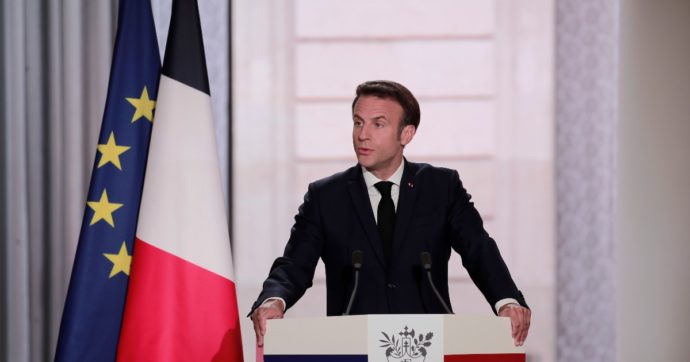 Newly re-elected, French President Emmanuel Macron on Saturday vowed to build a stronger France and use a new method of governance as he was inaugurated for a second term in office.

During his speech at the Elysee Palace ,he said “I vow to build a planet that is more livable, a France that is more alive and a stronger France,”

He vows to impose a “new method” to govern after a first term that had often polarized the country.

Macron won the second round of presidential polls on April 24 with a score of 58.55 percent against far-right rival Marine Le Pen. The ceremony comes at a time of political flux in the wake of Macron’s election victory, as France gears up for legislative polls that swiftly follow in June.

Attended by 450 people, including his wife Brigitte and his only surviving predecessors Francois Hollande and Nicolas Sarkozy, the ceremony was relatively modest but marked the first time a French leader is serving a second term in 20 years.

Attending the ceremony were the parents of teacher Samuel Paty who was beheaded by an Islamist extremist in 2020. His mother was moved to tears when the president embraced them.

Macron’s second term will only start officially when the first one expires at midnight on May 13. He is set to keep playing a leading role in efforts to stop Russia’s war against Ukraine, while he carries an immense burden of expectation as a leader on the European stage with Germany still finding its footing in the post-Angela Merkel era.

Macron vowed to “act to avoid any escalation following the Russian aggression in Ukraine, to help democracy and courage to prevail, to build a new European peace and a new autonomy on our continent”.

On the domestic front, Macron must deal with the crisis over the rising cost of living and also brace for possible protests when he finally tackles his cherished pension reform, raising France’s retirement age. He reaffirmed a vow for full employment in France and vowed to fight against inequality by reforming the health and school systems as well as against “daily insecurities and terrorism that is still there”.

He reaffirmed a vow for full employment in France and vowed to fight against inequality by reforming the health and school systems as well as against “daily insecurities and terrorism that is still there”.