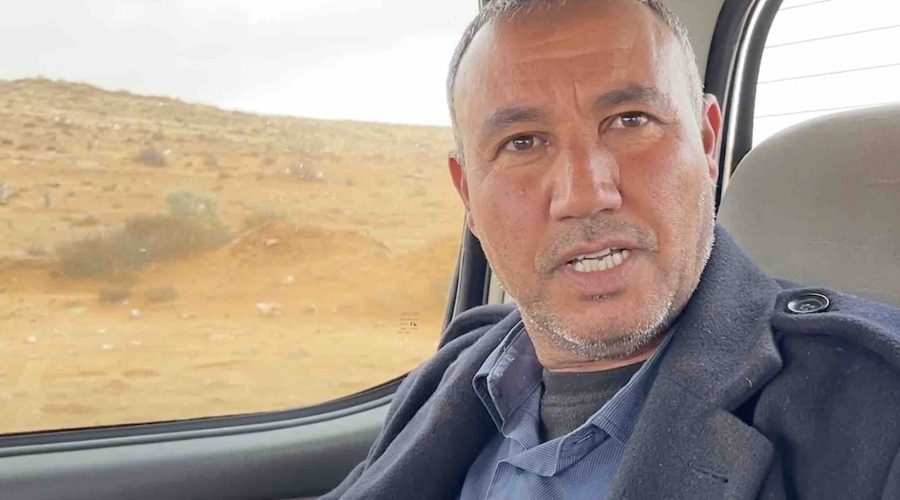 Libyan farmers on the brink of penury. The conflict in Libya has left the country extremely vulnerable to climate variability and is likely to increase the impacts on food production and therefore livelihoods, food and economic security of thousands.

In Awiniya village, southwest of Tripoli, a region where agriculture is the main source of income for a majority of the population, the raging violence forced many local farmers to abandon their land and homes to seek safety in other areas. After years of displacement, some of the farmers returned to the area to find their lands had parched while vital infrastructure was damaged due to the conflict.

“I can do nothing, I lost everything and had to start again from zero. I started planting trees again as if I was in my first year of farming, but with three consecutive years of drought, the trees didn`t grew and blossom due to the severe weather,“ said Ali, a returnee farmer from Awiniya.

The difficult terrain of this mountain village makes it nonviable for farmers to dig wells, while the only water tank farmers used for emergencies in dry seasons was destroyed during the fierce fighting Awiniya witnessed since 2011.

In a country of mostly desert, where under 2% of the land is arable, more farmers are abandoning their farms amidst a scarcity of water resources, while yields of rainfed agriculture are severely low due to droughts.

Climate change is subjecting Libya to extreme climate events like increased and more severe sand and dust storms, droughts and increased temperatures. Given the impact of years of renewed conflicts, the country’s capacity to adapt has become weaker as needed resources to mitigate climate risks are being shifted to deal with short and long-term consequences of the protracted conflict.

Libya witnessed a significant decrease in rainfall between October 2020 and October 2021. The few rainy days over that period only resulted into water ponds that quickly evaporate without penetrating the soil. The irregular intensity of rainfall often causes occasional flooding that highly damages the soil, impacts agricultural production and causes economic loss. These damages are multiplied in some areas where drainage infrastructure is already damaged due to the conflict.

“With the scarcity of rainfall, I can`t afford water trucking to irrigate my orchard throughout the year, maybe in summer yes, if the rainy season had been better, but not for the whole year,” added Ali.

Like all conflict-affected countries, Libya is disproportionately impacted by climate change and is classified among the countries less prepared for climate hazards globally. Conflict has left the country vulnerable to climate variability because of low adaptive capacity which is likely to increase the impacts of natural hazards on agricultural production. The limited renewable water resources, coupled with drought and poor soil, severely limit production, forcing the country to import about 75% of the food required to meet local needs, according to the World Bank.

The repercussions are already being felt in the local markets. “More resources should be invested urgently in arable lands to mitigate the impact. We can see the shock in olive oil prices, for instance, that tripled over the last two years due to reduced production impacted by decrease in rainfall,’, said Dr. Jalal Al-Qadi, from Misrata Agriculture Research Center. “

With a war in Ukraine and Russia, significant producers of wheat, sunflower oil and the price of oil and gas reaching new heights, Libyan’s will bear the brunt of not only a conflict, but also global inflation.

Article based on a press release from ICRC, Tripoli