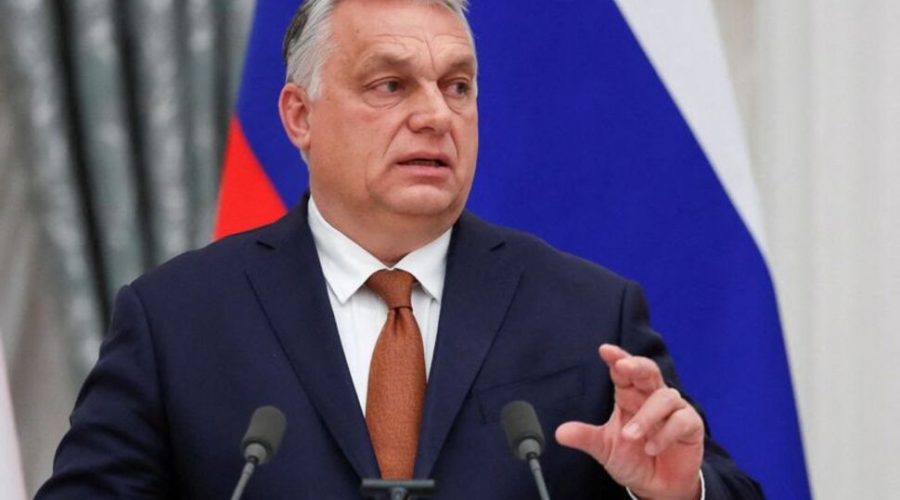 The European Union will not impose sanctions on Russian gas or oil, Hungarian Prime Minister Viktor Orban said in a video posted on his Facebook page today, amid a summit of EU leaders in France.

“The most important issue for us has been settled in a favourable way: there won’t be sanctions that would apply to gas or oil, so Hungary’s energy supply is secure in the upcoming period,” Orban added.

Hungary condemns Russia’s military attack and the war but will not allow Hungarian families to be made to pay the price of war, Prime Minister Viktor Orbán said in London on Tuesday.

The war has overwhelmed every other topic on the table, Orbán said in a video message on Facebook after a summit of the Visegrad Group and British prime minister and his talks with UK counterpart Boris Johnson.

“It is clear that bringing an end to this war through negotiations is in all of our interests,” the prime minister said, emphasising that all efforts would be made to restoring peace over the coming weeks.

Meanwhile, Orban, an old ally of Russia President Vladimir Putin, is being accused by various media sources of letting Budapest become a base for pro-Russia propaganda. Ukrainian arms may be sold to “terrorists” in France. President Volodymyr Zelenskyy is behaving like Adolf Hitler during the waning days of World War II are just some accusations that are coming out of media in Hungary without evidence.

These arguments are coming from experts, TV stations and print outlets linked to Hungary’s ruling Fidesz party, whose leader, Prime Minister Viktor Orbán, has publicly joined with Western allies in condemning Russia over its invasion. He has supported massive EU sanctions crippling Russia’s economy and even said NATO troops would be allowed to deploy to western Hungary.

Within Hungary, though, his party is often sending a much different message. From state-owned media to pro-government outlets that are propped up with taxpayer-funded advertising, pundits linked to Fidesz are promoting conspiracy theories about the conflict and relativizing Russia’s aggression.

At the same time, refugees are appearing at Hungarian train stations and local media outlets are reporting on the war, generating an outpouring of sympathy for Ukrainians fleeing for their lives. On a recent afternoon, a makeshift humanitarian center at a Budapest train station was crowded with church groups and volunteers handing out food, medicine and supplies to refugees.

The blend has created a somewhat bewildering atmosphere in a country where some citizens still remember firsthand how the Soviet Union brutally crushed the 1956 Hungarian revolution. And it has all emerged less than a month before Orbán faces a general election, making it an unexpected flashpoint in the campaign.

On Sunday evening, hundreds of opposition supporters gathered in front of the state media headquarters in Budapest, protesting in the biting cold against what they describe as a flurry of Russian propaganda on state TV.