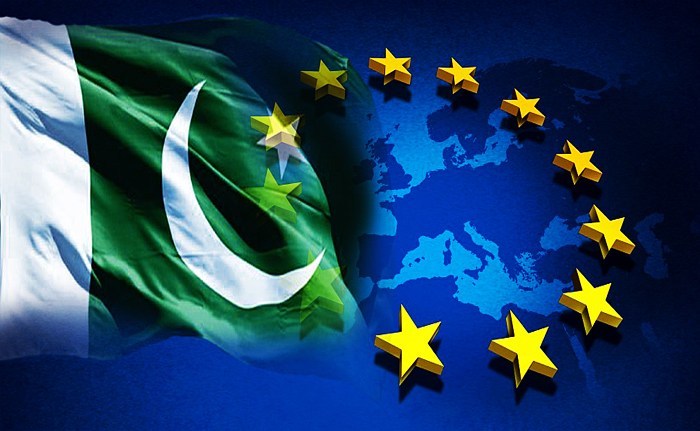 For GSP, Pakistan Relies More on Lobbying than Substantial Reforms Although Islamabad has successfully negotiated the release of seventh and eighth tranches of the IMF’s Extended Fund Facility (EFF) together, it is not easy for it to confront the protracted policy issues and harsh economic realities biting the economy. Indeed the restoration of EFF would give some temporary respite to the embittered economy fast drifting the Sri Lankan way to default. But the big challenges Islamabad faces need a policy overhaul for resolution. However, the present political instability and turmoil would prove a forbidding impediment in moving forward towards fundamental structural reforms. It is now being acknowledged that economic development has become a scapegoat of political slugfest.

There is a wide consensus among the Pak intelligentsia that Pakistan today needs to focus on self-reliant growth and capacity building to reap comparative advantage in exports of its lead industrial products including textile and leather. It is also being realised in Pakistan that an economy can neither achieve sustained growth nor thrive on foreign aid. Islamabad is now focusing on trade and making an all-out effort to retain General System of Preferences (GSP) plus status provided by the EU post 2023 and regain GSP from the US which lapsed in 2020 by window dressing its compliance to requisite international conventions on labour and human rights.

Foreign Minister Bilawal Bhutto Zardari while addressing the Lahore Chamber of Commerce and Industry recently stated that economic diplomacy is must for economic stability of the country. Focussing on promoting trade and export-led growth, Bilawal said that a prudent foreign policy could address Pakistan’s economic challenges.

However, Islamabad is relying more on lobbying rather than addressing the EU and US concerns in substance and essence. Islamabad is first trying to play a victim card by making a pretext that without GSP facilities, its local population including workers and the poor would be hurt. Pakistan is also trying to make a point that its track record is better in compliance of international conventions as compared to the other GSP beneficiary countries.

Islamabad is at present trying to lobby in the European Union so as to retain the GSP plus facility apart from displaying ostensible improvement in its compliance on religious freedom, labour and human rights and civil society and NGOs. But in reality, the recent high handed suppression and even brutal killings in the name of blasphemy belies Pak claims. Besides, instances of violence against women and minorities continue unabated. Islamabad is also facing new compliance burden in the case of new GSP plus framework that the EU would adopt from 2023.

Earlier, in an informal discussion with senior officials of the United States Trade Representatives (USTR), Pakistan Ambassador Masood Khan urged for advancing Pakistan’s case on GSP. However, despite Pak lobbying, the US side was quite firm and particular on its expectations from Islamabad.

Pak’s trade issues with the US are also facing hurdles, such as poor regulatory practices, lack of diversification, data protection issues, etc.  The country is under USTR’s ‘Watch List’ and also under scanner for poor record in implementation of UN Conventions on Labour and other international conventions.  Besides, the US is sceptical about weak IP protection and sanitary & phyto-sanitary standards as well as bio-diversity standards.

Experts point out that Pakistan is capable of earning more than USD 50 billion per annum from export of textiles and clothing, taking advantage of GSP benefits at both the US and the EU. Though Pakistan had added some incremental capacity in textiles to promote its exports, even the current capacity is not fully utilised due to energy supply and quality constraints during the last 6 months, costing a loss of USD 300 million in exports per month.

The European Commission recently found an increase in child labour and forced labour incidents in Pakistan. According to the Global Slavery Index, Pakistan is one of the top ten countries showing the highest prevalence of modern slavery.

Islamabad’s lobbying and efforts to enhance trade and exports rather than dependence on foreign aid is a movement in right direction. But Pakistan needs to diversify its industries and remove discrepancies in its regulatory frameworks. Given the political uncertainties and weak institutions, the process becomes further complicated.