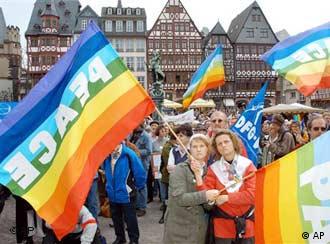 Germany to buy 35 F-35 jets as it begins the process of rearming its armed forces in a historic decision post WWII, another effect of the Russian War in Ukraine. The beneficiary of this deal is the US Lockhead Martin.

The rearming decision comes as 125,000 people across Germany marched for peace on Sunday. The demonstration was called by an alliance of peace, human rights and environmental protection organisations, trade unions and churches.

In a written appeal, organisers condemned the “increasingly brutal” attacks against civilians in Ukraine, and praised the courage of Russians protesting against Moscow’s actions.

“Together, we call on Putin to immediately stop the attacks, withdraw from Ukraine and restore the nation’s territorial integrity,” the letter said.

Germany has decided in principle to purchase upto 35  F-35 jets built by the US company Lockheed Martin to replace its ageing Tornado, according to two government sources. Germany to buy 35 F-35 jets which will be capable of carrying nuclear warhead, which is only possible by the ageing Tornado fleet.

A German defence source told Reuters in early February that Germany was leaning toward purchasing the F-35 and has now decided in principal DW reported. The decision, if confirmed, comes after German Chancellor Olaf Scholz last month announced a massive boost in defense spending as the Ukraine conflict forces Berlin to reassess its foreign and defense policies.

In light of Russia’s invasion of Ukraine, Scholz said he would bring the nation’s investments above a key NATO commitment 2% of GDP. Announcing an increase in military spending, Chancellor Scholz said the German army would receive €100 billion ($113 billion) for investments and armament projects.

According to sources, Germany plans to buy up to 35 of the planes. Concerns had previously arisen that buying the F-35 aircraft could scupper joint plans with France to build a joint European combat aircraft and may cause tensions with Paris. After 16 years of Angela Merkel at the helm, Scholtz has had to undo a lot of Merkel’s reforms including turn back to coal and nuclear power and historically change Germany’s post WWII stance and rearm the country. He however continues to waver on banning Russian oil and gas on which German economy remains dependant.