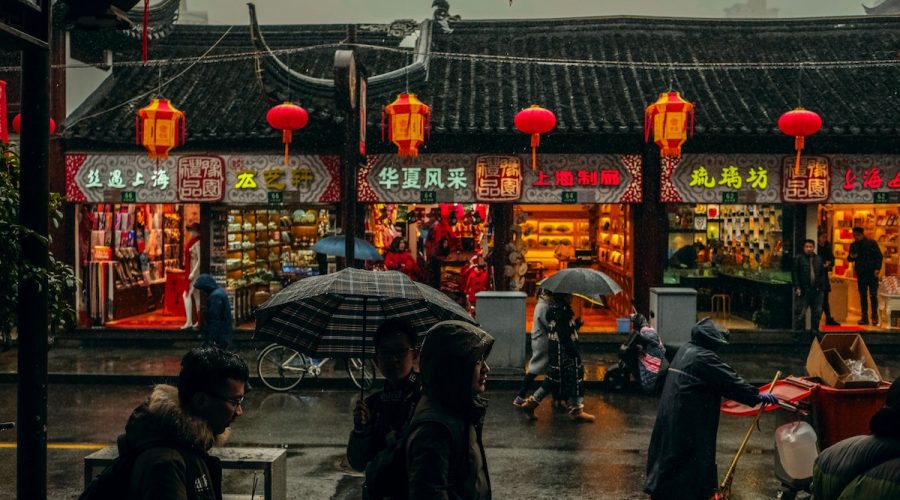 While superficially the Chinese Communist Party (CCP) enshrines equality, practically there is a large gap in the treatment of women in China.

“Women hold up half the sky,” Mao Zedong, the founding father of the People’s Republic of China, once famously said.  Since then, the communist regime in the country has outlawed many prevalent customs detrimental to women’s progress, such as the sale of women and the practice of arranging marriages and taking concubines.

The regime also made many other attempts to improve the condition of women, including making education more accessible to them and helping them enter the workforce and the political arena. Rapid modernisation in the country meant economic opportunities for all citizens improved. Despite political turmoil and persistent bias, women entered the workforce in record numbers and enjoyed greater rights than ever before. So much so that as of 2017, Chinese women contributed 41% of the country’s gross domestic product (GDP).

And yet, these efforts yielded uneven gains between men and women. Over 70 years down the line, Chinese women lag as compared to men in almost all arenas. Gender equality remains a distant goal and conditions are, in fact, getting worse. When the country began implementing market reforms 30 years ago, Chinese women earned just under 80% of what the men made. But by 2010, women’s average income in cities had fallen to 67% that of men and 56% in the rural areas. As per a 2018 poll, Chinese women, on average, earn 22% less than their male co-workers. The country once enjoyed one of the highest rates of women labour force participation in the world. Nearly 3 in 4 women worked as recently as 1990 but now that figure is just 61%, as per the International Labour Organization. There is a noticeable lack of women in managerial or leadership positions. As per the World Economic Forum (WEF), only 17% of senior managers, officials and legislators in China are women. Then the official retirement age for women in China is at least 5 years earlier than men, creating more financial uncertainty for them.

Nowhere is the gender gap more apparent than in Chinese politics. In 70 years, neither a single woman has been appointed to the Politburo Standing Committee, China’s highest governing body, nor has any woman held the presidency. Also, none of the 31 provincial-level governments is led by a woman. In more than 70 years, only six women were members in the wider 25-member Politburo. In fact, the WEF ranks China 78th in terms of political involvement of women, while India, with a comparable population, stands at 19. But probably the most shocking statistic is that with only 100 girls born per 114 boys, China has the most imbalanced sex ratio at birth in the world, as per the WEF. China’s controversial One-Child Policy and a cultural bias towards a male child have been cited as the main reasons behind this discrepancy. The policy, introduced in the late 1970s, was meant to slow down China’s rapid population growth. The now-defunct policy has attracted wide criticism for encouraging gender-selective and forced abortions in this largely patriarchal society. Now the country has an estimated 31 million “surplus” men.

Yet, Chinese women often accept marriage on unfavourable terms, driven by the stigma of being called “sheng-nu” or “leftover women”. The derogatory label was invented to curb the rising number of single women in a patriarchal society and refers to an educated but unmarried woman over the age of 27. Portrayals of single women as lonely, desperate and intimidating in media and news outlets have pressured many women into terrible marriages. Now, as fears grow about the country’s fast-ageing population and shrinking workforce, President Xi Jinping is calling upon women to embrace their “unique role” in the family and “shoulder the responsibilities of taking care of the old and young, as well as educating children”.  This turnaround in the policy is showing its impact in the workforce as well. Despite rules to the contrary, authorities now look the other way when employers openly prefer men over women for jobs and promotions. As per the Human Rights Watch, in 2018, nearly 20% of the Chinese national civic service jobs posted included requirements such as “men only,” “men preferred,” or “suitable for men.” Even at home, women have been dealt a rough blow as a new divorce law tramples upon their chances of owning property after marriage even as the country goes through a property boom. Earlier in China, a family’s home was recognized as joint property in divorce proceedings. But in 2011, a court ruling held that real estate bought before marriage should go to the original buyer, who is generally the husband. This even as 70% of married women contribute financially to the purchase of real estate, as per a survey done by Horizon China, a research firm in Beijing, in 2012. Similarly, in 2017, Nankai University researchers found that of the 4,253 property deeds surveyed, only 1 in 5 was listed in the name of wife.

Now, broader signs of dissatisfaction among Chinese women are showing. The marriage rate has fallen to the lowest point since Jinping came to power and the birth rate has dropped to an unprecedented level in the country’s 70-year history. In Beijing in 2017, authorities reported one divorce for every two marriages. Chinese women have become more proactive in protesting for their rights, too. Inspired by the #MeToo activism overseas, many street protests and social media campaigns for greater rights have been held. But all such activities meet with swift censorship. The MeToo movement’s hashtag on China’s popular microblogging website Weibo was removed soon after it started gaining traction. The Peng Shuai case was probably the most explosive under China’s #MeToo movement, which attracted global attention despite an intense government crackdown on activism. On November 2, the tennis superstar shocked social media by revealing in a social media post that former Politburo Standing Committee member and vice-premier Zhang Gaoli forced her into a 3-year sexual relationship. But her testimony was removed from social media within minutes of her posting and she herself disappeared from the public eye for weeks.

Previous instances of activism have also faced severe pushback from the government. The Feminist Five, a group of five Chinese women, was arrested in 2015 for planning to protest sexual harassment in subways. Though they have now been released from prison, the five are still called “criminal suspects”. Nevertheless, some change has definitely taken place. For instance, China’s first anti-domestic violence law was passed in 2015. China’s constitution guarantees women equal rights with men in all spheres of life. With the younger generation of women fighting back like never before, more changes are on the anvil but it may be a long time before the country sees equal participation from both genders in all spheres of life.