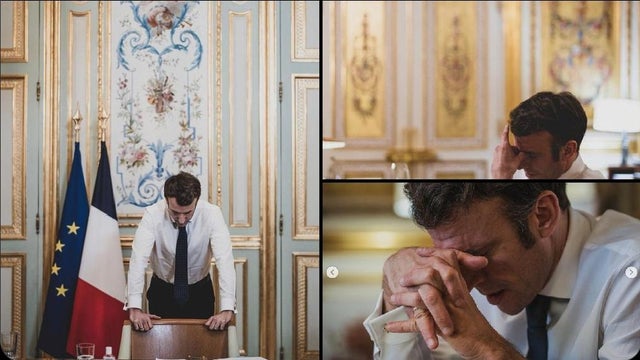 France heads to Presidential elections as the countries top constitutional body published the official list on Monday of the 12 presidential candidates who have met the requirements to compete in the two-round election on April 10 and April 24. COVID cases on the rise with the President having limited time to campaign due to the Ukraine war.

All 12 candidates for the Presidential elections, managed to muster the 500 endorsements from elected French officials needed to confirm their registration by the Constitutional Council.

Polls show that President Emmanuel Macron, elected in 2017, is the overwhelming favourite to come out on top in the second round run-off on April 24, after officially declaring his candidacy last week.

The Local reports that there is a legal possibility that the elections could be postponed due to the Ukraine war. The French government says that it won’t come to this. Emmanuel Macron in his letter to the French people said it was important to continue with the country’s democracy, while acknowledging that his campaigning time will be limited by the crisis. Government spokesman Gabriel Attal has also assured reporters that Macron will be taking part in the traditional televised candidates’ debates.

Medical professionals in France are urging people to exercise caution when Covid-related restrictions are eased further on March 14 in a reversal of cases in France. Unlike Germany where the pandemic has spiked numbers are at an all time low.

This latest stage of rule relaxations will see vaccine pass requirements removed, although health passes will remain in health and care settings, where masks will also continue to be obligatory. Elsewhere, mask-wearing will become optional everywhere apart from on public transport.

The change comes as French infection rates stop decreasing and begin creeping upwards once again, causing concern among some experts.

In the week up to Tuesday (March 8), an average of 52,715 new cases had been reported each day in France, marking an increase of 7.5% on the previous week.

Yesterday, 69,190 infections were detected. However, hospitalisations and transfers to intensive care are not yet rising in proportion.