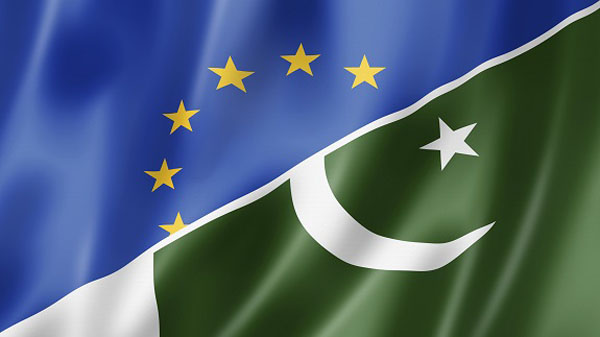 The new Pakistan government under Prime Minister Shahbaz Sharif has inherited a struggling economy plagued by below par performance of its industries. While the government is attempting to boost up its exports sector, its non-compliance on various conventions of European Union (EU) linked to GSP plus benefits is a major roadblock.

The GSP plus facility granted for ten years (2014-23), allowed Pakistan duty-free access on over 66% of its exports to EU; subject to the implementation of 27 core UN conventions on labour conditions, human rights, women & child rights, religious freedom, governance, etc. As the current framework expires in end of 2023, the EU is proposing to add five new conventions to reinforce the social, labour, environment and climate dimensions of the scheme. The additional conventions pertain to rights of persons with disabilities, involvement of children in armed conflict, labour inspection, trans-national organised crime, etc.

The planned inclusion of fresh conventions is expected to weaken the already frail condition of Pakistani institutions in supporting human rights in the country. Pakistan’s poor track record in fulfilling the original set of 27 conditions provides no hope either.  On paper, several laws and regulations exist or have been introduced by Pakistan for improving labour condition in the country. Yet, the responsible institutions fail to ensure compliance with even the basic elements of these conventions. Much needed control mechanisms and enforcement procedures for the purpose are also lacking.

Totally aware of their country’s dismal record in ensuring compliance, the businesses and exporter lobbies in the country are demanding serious government steps to ensure continuation of GSP plus facility. Various groups have reached out to the new government to increase efforts for another term under the scheme.

Through a statement issued on April 21, 2022, Pakistan Readymade Garments Manufacturers and Exporters Association (PRGMEA) appealed to Prime Minister Shehbaz Sharif and commerce minister Naveed Qamar to get personally involved in this issue of ‘national importance’.

PRGMEA’s Chief Coordinator Ijaz Khokhar called upon the two leaders to direct relevant stakeholders to devise a strategy to influence the EU countries for renewal of the GSP Plus status for Pakistan. He also warned that the country would lose annual exports value of around $3 billion if the government fails to ensure GSP Plus extension for them beyond 2023.

The panic is also palpable in the frantic activities of various Pakistani missions abroad. As the next review is underway, Pak Embassies in Europe have already begun lobbying in host countries for the continuation of the scheme. The Pak Mission in Brussels was also seen working for reviving exchange of parliamentary visits and parliamentary contacts. Islamabad is also trying to widen its outreach among individual European policymakers.

Meanwhile, local NGOs, academics, trade unions and civil society groups in Pakistan continue to be critical about labour conditions including bonded labour, child protection, women’s rights, human trafficking, etc. They point at the large gap in Pakistan’s pledge to implement the core conventions and actual compliance. Overall, women and children are still among most vulnerable groups, subjected to human trafficking and forced to work under inhumane conditions; putting them at great risk of facing sexual violence. Law enforcement in this regard has been abysmally weak, particularly outside Punjab province of the country.

Pakistan’s abysmal human rights record was inconsistent with its image makeover efforts with the European Union. With such contradiction in place, Pakistan’s aim of easily securing another extension of GSP Plus for its exporters appears difficult to achieve.  This has put the new Pakistan government in a quandry and is closely linked to the countries economic survival.