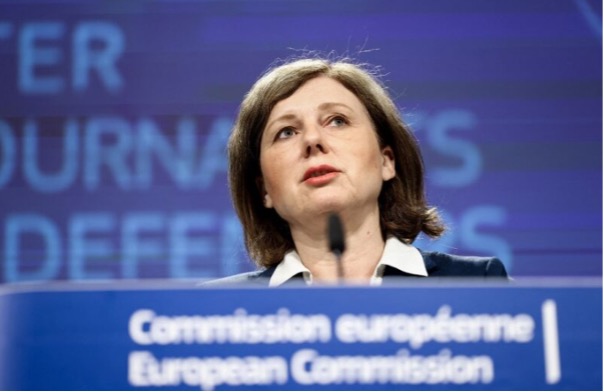 EU targets Russian oligarchs assets to pay for Ukraine reconstruction, by seeking to legislate in such a way where hiding assets will be impossible for oligarchs.

The EU has proposed new rules that would make it harder for Russian oligarchs to evade sanctions and open the way to confiscating their assets to help pay to rebuild Ukraine. “While the Russian aggression on Ukraine is ongoing, it is paramount that EU restrictive measures are fully implemented and the violation of those measures must not be allowed to pay off,” the European Commission said in a statement.

“Today’s proposals aim to ensure that the assets of individuals and entities that violate the restrictive measures can be effectively confiscated in the future.”

Economic sanctions are enforced very differently among the bloc’s 27 member states in a regulatory “patchwork” that often enables those targeted to evade their bite. “The violation of EU sanctions is a serious crime and must come with serious consequences. We need EU-wide rules to establish that,” said EU vice-president Vera Jourova.

The EU executive said sanctions were bound by 40 different legal regimes, varying widely between a serious crime to the mere administrative offence. “An inconsistent enforcement of restrictive measures undermines the Union’s ability to speak with one voice,” the European Commission statement said.

To achieve that, the EU’s executive arm proposed to add the violation of sanctions to the list of EU crimes, paving the way towards a common standard on their enforcement and penalties across the member states.

Once that was agreed, the EU would then more carefully define what constitutes a breaking of sanctions, making it easier to prosecute violators across all of Europe and for authorities to work together more effectively.

The EU has unleashed five waves of sanctions over Russia’s invasion of Ukraine and is currently negotiating the final touches on a sixth round that would include a ban on Russian oil imports.

In the most controversial aspect of the new proposals, the Commission is hoping to win member state approval to allow for the sanctioned to have their assets stripped of their possessions and not just frozen as is currently the case.

Answering a call made initially by Kyiv, some member states want the proceeds of these assets to help pay for the astronomical costs of rebuilding war ravaged Ukraine. But other member states, including Germany, have expressed fear that the measure could violate international and national laws that limit the power of authorities to seize private property.

The proposals by the European Commission are expected to be discussed by EU leaders at a summit on Monday in Brussels.