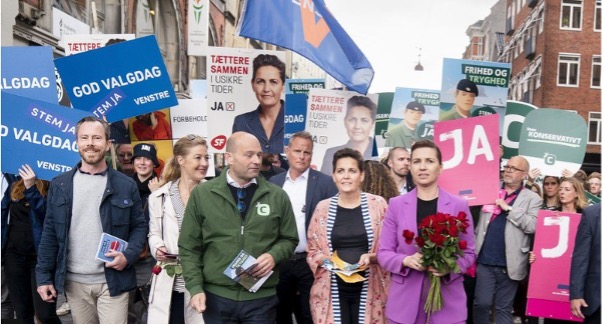 Denmark to join EU defence policy after holding back for 30 years. The recent vote in the Scandinavian country is a direct result of Russian aggression.

Denmark will join the EU’s defence policy in the latest shake-up of Europe’s security architecture following Russia’s invasion of Ukraine. In the largest ever pro-EU vote in the traditionally Eurosceptic Scandinavian country, 67 per cent of Danes voted in favour of ending the opt-out in a historic referendum.

It is the first time in three attempts that Denmark has voted to end one of its hard-won opt-outs, after it rejected the Maastricht treaty in 1992. The result also came two weeks after Finland and Sweden submitted applications to join Nato.

“Tonight, Denmark has sent a very important signal — to our allies in Europe, and to [Russian president Vladimir] Putin. We show that when Putin invades a free country and threatens the stability of Europe, so we others move closer together,” Prime Minister Mette Frederiksen said.

“The text messages are trickling in from colleagues abroad who are happy on behalf of Denmark,” Frederiksen added.

One of those colleagues was European Commission President Ursula von der Leyen, who said on Twitter that she welcomed the “strong message of commitment to our common security sent by the Danish people today,” adding that both Denmark and the EU will “benefit from this decision.”

Analysts said the Danish referendum and Finnish and Swedish decisions to seek Nato membership should lead to a strengthening of the Nordic region and its influence in Europe. “This is a powerful signal that Denmark stands united with Ukraine and our allies in the fight for freedom and democracy,” said Anders Fogh Rasmussen, the former Danish prime minister and Nato secretary-general.

Denmark’s centre-left government argued the Scandinavian country needed to be at the heart of Europe, especially after Moscow’s invasion of Ukraine. Copenhagen still views Nato as its main tool for defence and security, but is currently excluded from discussions about EU policy in this area and cannot take part in the bloc’s missions, mostly in Africa and the Balkans. Denmark has held referendums on scrapping its other two opt-outs — over the euro in 2000 and justice and home affairs in 2015 — but in both cases voted no.

“The people of Denmark have made a historic choice. The world has changed since Russia invaded Ukraine. This decision will benefit Europe and make both the EU and the Danish people safer and stronger,” said Charles Michel, president of the European Council. The other 26 EU members take part in the bloc’s defence policy, which some politicians, such as France’s president Emmanuel Macron, have tried to boost in importance.

The end of the opt-out, which has been in place for 30 years, means that Denmark will be able to take part in joint EU military operations and cooperate on the development and acquisition of military capabilities within the EU.

It is still unclear in which of the seven ongoing EU military missions Denmark will participate. But several of the Yes-supporting parties pointed during the election campaign to the peacekeeping mission in Bosnia and Herzegovina and the anti-piracy mission off the coast of Somalia as missions they could see Denmark being a part of.

Separate from the referendum, the government and main parliamentary parties have also agreed to increase Denmark’s defence budget until it reaches 2 percent of GDP by 2033, in line with NATO’s spending goal.

The scrapping of the opt-out was supported by the Social Democratic government and nine other parties. Just three parties were in favor of keeping the opt-out, two on the far right and one on the far left.

The move is a break from longstanding Danish skepticism over further European integration. Although Denmark is a big supporter of the single market and further economic cooperation, the country is highly skeptical when it comes to more EU decision-making, voting in two previous referendums to keep in place opt-outs on the single currency and on justice and home affairs.

It’s also a major win for Frederiksen as she is the first Danish prime minister to succeed in removing an EU opt-out, and it provides a welcome boost as her popularity dropped amid an ongoing inquiry into her government’s move to illegally cull the nation’s entire mink population in 2020, ahead of national elections that will take place within the next year.