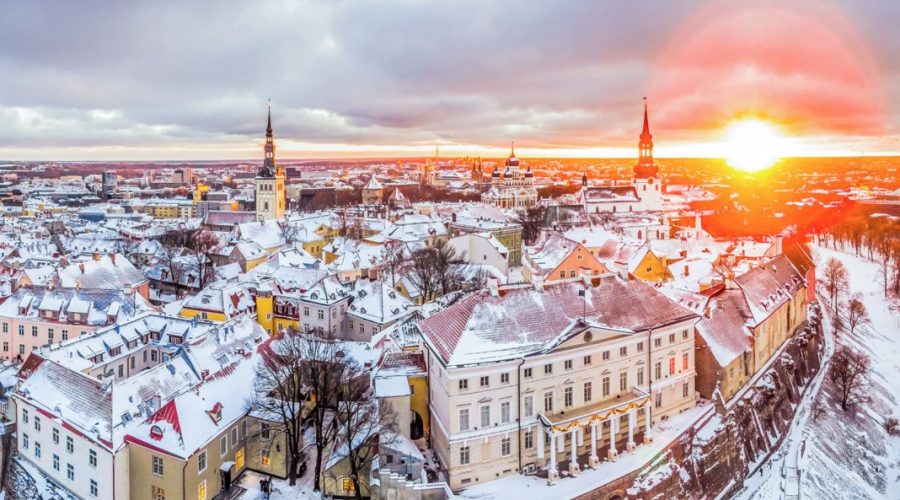 Crypto under check in Estonia with over 400 companies already established to feel the change in regulation which aims at protecting Estonia reputation in the international financial markets and countering Russian attempts at laundering money and evading sanctions to a minimum.

More restrictions on cryptocurrency in Estonia, in a move to prevent then being used by Russia to circumvent sanctions. After appeals to this effect by the Ukrainian vice president and minister of technological innovation, Mykhailo Fedorov, the US and various countries have started on a path to change regulation. The first, unsurprisingly is Estonia, a country still haunted by the USSR.

The Prime Minister of Estonia, Kaja Kallas, in conversation with the US Secretary of State Antony Blinken, called for restrictions on cryptocurrency transfers to prevent Russians from getting around the financial sanctions that the international community has imposed after the attack on Ukraine.

“Our goal must be the complete isolation of Russia from the free world”, Kallas said, reiterating that Russians and Belarusians must be prevented from accessing both cash and cryptocurrency transfers.

This decision has sparked the enthusiasm of the crypto world because it would be the signal that the United States is also evaluating precise regulation and is also evaluating the impacts that would arise from the introduction of a digital dollar.

Estonia’s latest effort to flush out white-collar criminals is due Tuesday, when Tallinn’s amendments to its Money Laundering and Terrorist Financing Prevention Act come into force — with the international community watching closely. And more initiatives are coming down the pipeline.

Estonia’s banking sector has already humiliated the government on multiple occasions by funneling billions in suspicious funds for clients based in Russia. There’s no way that’ll happen again through crypto, as far as the country’s treasury and financial intelligence unit are concerned.

Kallas then spoke in an interview with Bloomberg about the conflict, accusing Putin of having the intent of playing it all out with his military operation in Ukraine.

“They want to cause as much damage as possible. It seems to me that Putin, in terms of poker, has moved all in, so he either wins or loses. So it is up to everyone to make sure that Putin does not win this war ”.

In a country with a heavy legacy of dirty money scandals, Estonia is determined to prevent crypto from offering illicit financiers a new laundromat.

“We do welcome the innovation, but for us, it’s very clear that we will not and cannot tolerate any financial crime, and preventing money laundering is certainly a political priority,” Estonia’s finance minister, Keit Pentus-Rosimannus, told POLITICO.

The new rules shore up a licensing process that most in Estonia’s crypto market agree was far too loose. The first licensing regime that emerged in 2017 made it easy for hundreds of companies to get an Estonian license and operate from anywhere in the world. Some firms even made a business out of selling shell companies.

“Supervision was simply not possible,” the minister said. “But the risk was ours because they operated with an Estonian license. That was one thing that was changed with the law.”