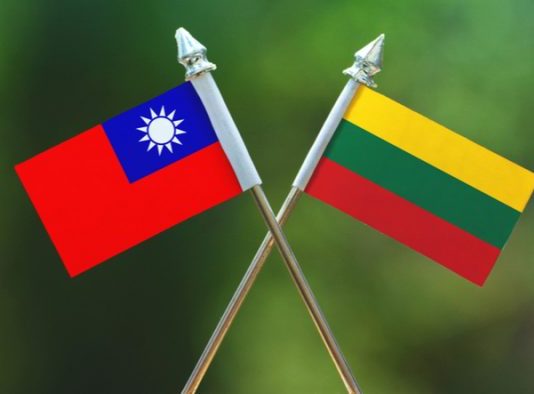 The first shots in Taiwan’s commercial retaliation to Chinese economic pressure looks to be laced with Lithuanian rum. In an effort to promote the use of the 20,400 bottles of rum diverted to Taiwan, the Taiwanese National Development Council recently posted recipes for “dark ‘n’ stormy” cocktails, French toast, and steak, among other foods, on Facebook.

Taiwan Tobacco and Liquor (TTL), the country’s state-owned tobacco and liquor corporation, had acquired this massive cargo. While Taiwan’s move encourages residents to experiment with new cocktails and recipes, it appears to be largely a risk management technique for friends and partners in international trade.

The rum, along with other items, was supposed to be sent to China from Lithuania until diplomatic difficulties erupted. Lithuania-China ties deteriorated dramatically in August 2021, when Lithuanian officials announced the establishment of a Taiwanese Representative’s Office, a de facto embassy in Vilnius. While Taiwan maintains a network of representatives in many other countries, the majority of them operate under the Republic of China, Taiwan’s official name. The usage of the word “Taiwanese” in the office’s name sounded too much like an official acknowledgment of an independent Taiwan to Beijing.

Consequently, China recalled its Ambassador from Vilnius, while Lithuania summoned its Ambassador from Beijing. Further, Beijing slapped a boycott on Lithuania, removing it from its list of allowed imports and effectively prohibiting imports from the Baltic country. Lithuanian trade has been severely impacted by this move. However, despite some hesitancy and remorse regarding the office’s name, Lithuania maintained its stance.

Boycotts, such as the one on Lithuanian rum, are not unusual in Chinese economic policy. In reaction to a variety of perceived insults by other countries, economic pressure, particularly trade boycotts, have been used as penalties. In response to Prime Minister Scott Morrison’s request for an international probe into the origins of the SARS-CoV-2 virus, China levied duties on Australian wine as high as 218 percent in late 2020.

The Nobel Peace Prize given to dissident Liu Xiaobo in 2011 caused an effective embargo on Norwegian salmon imports. In 2016, China increased taxes on Mongolian resource imports in reaction to the Dalai Lama’s visit to the nation. In 2017, China retaliated over South Korea’s construction of a US-made missile defense system by boycotting Korean cultural items and shops.

In light of such instances, Western politicians have proposed a system of trade alliances to mitigate the effects of economic coercion. While Lithuania, Australia, and others have sought relief from the World Trade Organization, the WTO’s dispute resolution procedure may be long, resulting in short-term losses for smaller nations. As a result, academics have recommended a “NATO-for-Trade” strategy. States would act collectively under this approach not just within the WTO dispute settlement procedure, but also outside of it, to react against trade coercion or to mitigate economic risk for small nations by purchasing boycotted products directly.

Proposals for “NATO-for-Trade” aim to fight Chinese coercive economic power, much as NATO was formed to counter Soviet coercive military force. The premise at the heart of these arguments is that if countries fear economic retaliation for conflicts with China, they would hesitate or even engage in proactive self-censorship to avoid diplomatic missteps with the economic behemoth. This danger may be lessened if a system of trade alliances were in existence, and nations would be more inclined to condemn trade aggressors.

While Western politicians have long favoured trade-based alliance networks, Taiwan’s readiness to engage on a big scale is a significant step forward. The TTL made the acquisition in order to mitigate the negative effects of Chinese trade restrictions on Lithuania’s relatively smaller economy. Taipei said that it would assist in alleviating the economic impact of Chinese reprisal against partners for cooperating with Taiwan by purchasing the consignment of Lithuanian rum directly. If Taiwan allows such penalties to have a major negative impact on nations ready to give it diplomatic assistance, it may soon find itself without allies.

This is a particularly pressing worry for a country without extensive diplomatic recognition or a seat at the United Nations, and one that is well worth paying for.

Taiwan isn’t the only country considering forming a trade pact to counteract Chinese economic hegemony. A similar EU-wide policy to safeguard member states from foreign nations was recently suggested by France. By permitting the European Commission to impose penalties on non-member states with majority support, the European Union would decrease the barrier to collective action. Currently, such activities need the bloc’s individual members’ unanimous assent.

The EU has a substantial stake in avoiding trade coercion against individual member states and limiting negative economic spillover from interconnected supply chains as a decentralised polity and a single market. While waiting for this new policy to take effect, the EU recently launched a WTO complaint on Lithuania’s behalf. In fact, the US proposed its own bilateral trade pact to compensate for Lithuania’s economic losses.

mitigated in the future. Trade alliances, such as the EU proposal and Taiwan’s bilateral action, have the ability to change the calculus a country must make when deciding whether or not to crack down on Chinese-related speech or other domestic activities.