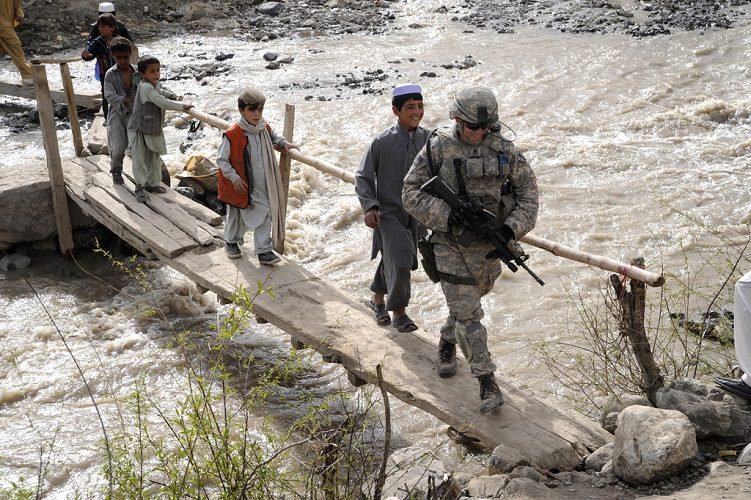 If Pakistan thought the return of the Taliban to power in Afghanistan would be a friendly, neighbourly affair, it perhaps thought wrong. Instead of easing its concerns about the Pakistani Taliban, the spectre of Islamist terror is beginning to knock on its doors from across the border.

Terror attacks have increased in recent months and Pakistani intelligence agencies are sure they were all planned by terrorists hiding in Afghanistan.

The government of Pakistan is now in a fix. Overtly, having backed the Taliban and the change of government since the withdrawal of the US troops last August, it will lose face in the international community if its bickering came out into the open.

It now has to keep helping the Taliban government while tackling the growing security and economic concerns that have sprouted with the new regime. Even Prime Minister Imran Khan seemed exasperated as he told CNN recently: “So the only alternative we have right now is to work with them and incentivize them for what the world wants: inclusive government, human rights and women’s rights in particular.”

The dilemma Pakistan faces is evident from the fact that while it seeks world recognition for the Taliban regime, it has itself not recognised it so far.

The reason is in the numbers. Terror attacks in Pakistan increased by 42 per cent last in comparison to the previous year. A surge was seen after the Taliban took control of power.

Islamabad-based Pak Institute of Peace Studies says the new regime in Afghanistan is “not helping in any way Pakistan’s efforts to deal with the militant groups threatening its security”.

Pakistani Taliban, also called Tehrik-i-Taliban Pakistan, a banned terrorist that organised some of the country’s worst terrorist attacks, is responsible for 87 attacks that killed 158 people. This is an increase of 84 per cent since 2020.

By the end of 2020, the government onslaught on Pakistani Taliban since 2014 appeared to have weakened it. However, after the Taliban takeover in Kabul, the group has resurfaced, much stronger and is planning attacks instilling fear especially among Pakistani traders, government officials and law enforcement.

The New York Times reports: “Using telephone numbers starting with the Afghanistan international dialing code, the Pakistani Taliban have been calling and threatening affluent Pakistani traders to pay extortion money. ‘Traders have been forced to pay huge amounts of extortion money because of fear’, Muhammad Azam, a Karachi-based trader, who says he paid around $2,850 last month to the terror outfit.”

According to Pakistani agencies, if traders refuses to pay the money, the terrorists detonate small bombs near their homes or shops to frighten them into submission. There have been instances were family members were harmed to make them pay.

Government officials and some political leaders also pay protection money to these terrorists for fear of retribution. Such extortion is already becoming a business for the terrorists. The New York Times says: “One senior federal government minister, hailing from Khyber Pakhtunkhwa Province, said he recently paid a few million rupees to the Pakistani Taliban to avoid being attacked. Another official, who spoke to The Times on the condition of anonymity because of security fears, said when he refused to pay, a militant threatened him in person.”

The Pakistani police are now the latest targets for terror groups. Police officials giving security to the Covid-19 vaccine teams are been attacked and killed. In 2021, Pakistani Taliban terrorists killed 48 policemen and injured 44 others in Khyber Pakhtunkhwa Province alone.

Pakistan has brought up this issue with the Afghan Taliban but has not been able to get concrete guarantees that they would take action against the Pakistani Taliban operating in Afghanistan. Pakistan also sent its national security advisor, Moeed Yusuf, to talk to the Afghan Taliban in January, but in vain.

Separatist groups of Baluchistan are the latest to join the terror spree in the country. Ten Pakistani soldiers were killed in a clash with a dozen suicide bomb attackers armed with rocket launchers. They attacked a paramilitary camp along Pakistan’s southern border with Iran and western border with Afghanistan. The Baluch separatists are said to be drawing strength from the brazen attacks by the Pakistani Taliban.

US-based Brookings had in a research paper tried to understand the iniquitous relationship between Pakistan and Afghanistan. It said: “It (Pakistan) fears an unstable Afghanistan that becomes a safe-haven for anti-Pakistan militant groups and a dangerous playground for outside powers (even though this has already happened). Pakistan bets that the Taliban will maintain significant power in Afghanistan—and perhaps even obtain formal political power—and does not want to alienate it. After all, the Taliban is Pakistan’s only—however reluctant and unhappy—ally among Afghanistan’s political actors.”

According to the paper, Pakistan further fears that “targeting Afghanistan-oriented militant groups will provoke retaliation in Pakistan’s Punjab heartland”. It went on to analyse: “Its long refusal to fully sever support for these groups is a product of Pakistan’s lack of full control over the militant groups it has sponsored, even though it is loath to admit it. Such a disclosure of weakness would be costly: reducing the omnipotent image of Pakistan’s military-intelligence apparatus with respect to varied domestic audiences, including opposition politicians, and further encouraging misbehavior of militant groups. And while such a disclosure may somewhat reduce international pressure on Pakistan, it would also weaken Pakistan’s hand in international bargaining.”

Last but not the least, the Brookings paper said Pakistan is in any case afraid that a strong government in Afghanistan might align with India, “potentially helping to encircle Pakistan”. Such an anxiety can only increase over time because of “Pakistan’s paranoia of India’s engagement in Afghanistan, including its perceived support for Baluchi separatist groups in Pakistan”. The Afghan terror is the latest icing on the cake.