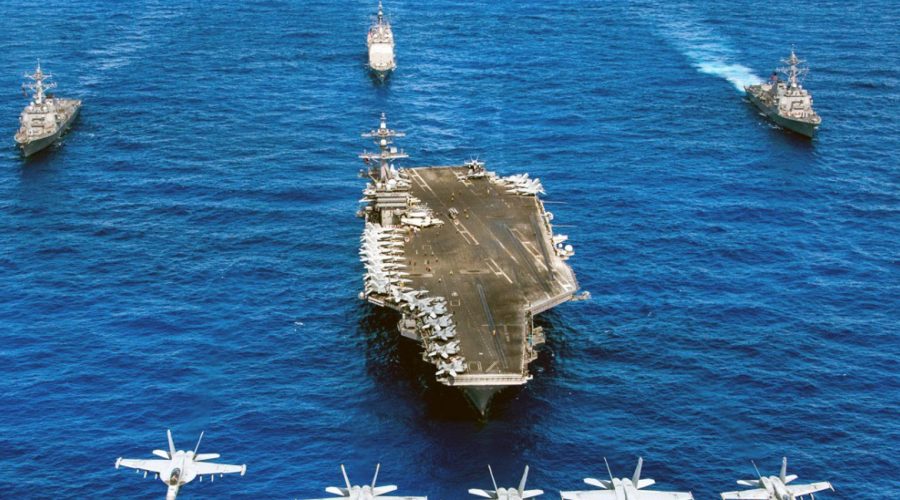 The genesis of China’s grand Indo-Pacific strategy could be seen in what has been called as its four successive grand strategies since the modern country was formed in 1949: the ‘Revolution’ (1949-77); recovery (1978-89); building comprehensive national power (1990-2003); and rejuvenation (2004 to the present). All through these phases of strategies, three core interests can be discerned security, sovereignty and development. The current being “National Rejuvenation” is the grand strategy of President Xi Jinping is designed to advance China to glory via his “China Dream”. Xi has the desire for a Communist-controlled China that is well-governed, socially stable, economically prosperous, technologically advanced and militarily powerful by 2050 even though it is based on “socialism with Chinese characteristics for a new era.”

In recent years, Beijing has been more overtly ambitious and bolder in pursuing its grand strategy with greater attention to the global context. Nevertheless the Chinese Communist Party’s primary goal remains focused in the domestic arena, on China’s periphery and in the Indo-Pacific. In other words, the regime’s priorities continue to be largely regional. It is within the Indo-Pacific that Beijing looks to establish spheres of influence and create what amount to “no-go” areas where the military forces of other great powers – notably US Armed Forces – are unable to deploy or employ without exposing themselves to grave risk.

Arguably, China’s endeavors in the Indo-Pacific are largely motivated by economic interests and the need to ensure the safety of its maritime trade, especially the import of crude oil. Indo-Pacific is a huge economic and commercial powerhouse housing some of the world’s largest and powerful economies like that of the US, Japan, Russia, India, and China. The region has some of the most powerful economic and political groupings like the G-7, G-8, G-20, APEC and ASEAN together with their ‘Associate Partners’.

Therefore, China’s increasing assertiveness on maritime issues within the Indo-Pacific region, over the past few decades, has led to significant geostrategic flux in the region. Two successive Chinese Presidents – President Hu Jintao and Xi Jinping – realizing the need for more comprehensive presence in all areas of the maritime domain and have paved a path for China to evolve into a maritime ‘great power’ through an increasingly-forceful approach that appears to be unmindful of national and regional sensitivities. China therefore seeks to reshape the international system to serve its strategic objectives.

In order to achieve their grand strategy, The Belt and Road Initiative (BRI) which was launched in 2013 is undoubtedly a major part of China’s outreach-grand strategy in the Indo-Pacific region aimed at extending its global sphere of influence, while fostering new norms of international economic cooperation and promoting a more China-dominated/China friendly rules-based order. The BRI has been widely recognised as Beijing’s ambitious strategy to reshape and dominate the regional and international order by building infrastructure networks across Eurasia and Africa. Therefore, building and strengthening maritime linkages and connectivity are major components of the BRI. Beijing has invested billions of dollars in various projects in many nations across the Indo-pacific region and beyond.

Chinese expansion, in terms of soft security, is also most evident by the growing dominance of Chinese companies across the entire global maritime supply and value chains. This is supported by China’s shipping fleet, which is the second-largest in the world in terms of the gross tonnage carried. In addition, China is now the world’s largest shipbuilder, having overtaken South Korea in 2012. Chinese shipyards are producing both merchantmen and warships at an impressive rate. With shipyards building 17-20 warships/submarines per year since 2013, the PLAN is poised to become the world’s largest navy by the next decade. Chinese shipyards are also producing 96% of the world’s shipping containers and more than 80 per cent of the world’s ship-to-shore cranes. China currently operates seven of the ten busiest ports in the world (including Hong Kong). Moreover, China has invested in building more than 40 seaports in 34 countries. Consequently, constant access to the world’s trade-routes is critical to the exercise by China of its comprehensive national power.

Another important theatre strategy of China is the “String of Pearls”. Beijing’s adoption of the String of Pearls should be viewed as its regional and theatre strategy. China is monopolizing strategic choke points in the Indian Ocean Region by investing in geopolitically important ports from Hong Kong to Sudan. The String of Pearls quite literally encircles neighbouring countries, particularly India. In July 2017, Chinese troops established its first overseas military base in Djibouti. Djibouti, located between the Gulf of Aden and the Red Sea, is a strategic chokepoint and, while it is not a military base in the classical sense, it nevertheless hosts significant Chinese military and supporting forces and infrastructure. The positioning of ships at Djibouti

would enable a more enduring Chinese presence in the Arabian Sea, the southwestern Indian Ocean, as well as in/off maritime chokepoints of the Indian Ocean, which are critical to China. China’s economic corridor through Pakistan and Pakistan Occupied Kashmir (POK) is an important component of the BRI. China’s territorial claims in the South China Sea (SCS) and its associated assertiveness have raised the level of instability throughout the Indo-Pacific. This has significant implications for security, peace and trade in the region. The Chinese aggressive maritime strategy policy and encirclement of India with the String of Pearls is significant geopolitical issue in Indo-Pacific region.

A2/AD is a military operation that aims to prevent an adversary’s access to a territorial region (anti-access) and deny their freedom of movement on the battlefield (are denial). Beijing has made efforts to develop its effective A2/AD capabilities to deter possible access to its territories by potential adversaries. In particular, the People’s Liberation Army (PLA) has strengthened its A2/AD capabilities by developing attack aircraft, submarines, mines, missiles, and air and missile defence systems. China’s continued expansionist maritime policy, its indulgence in lawfare, duly supported by national maritime legislation, and its growing military power, all combine to generate major threats and adversely impact the existing rules-based order.

Its burgeoning military power and growing naval and maritime capability are linked to the country’s overall maritime strategy and rising profile in the international arena, raising questions outside the region as to her long-term intentions in the Asia-pacific region. Of particular interest is China’s Anti-access Area-denial (A2/AD) strategy.

Beijing is reinforcing its defence capabilities at a tactical level through military exercises in preparation for possible emergencies stemming from its territorial disputes in areas such as the Taiwan Strait, the Spratly Islands, the Paracel Islands, and the Senkaku/Diaoyu Islands. Some analysts observe China utilizing a salami slicing tactic in its territorial disputes. China military aircrafts have frequently flown near the Senkaku/Diaoyu Islands and the Miyako Strait. On February 01, 2021 the Chinese government enacted a new Coast Guard Law permitting the Chinese Coast Guard more flexibility in its use of weapons. On February 6, two Chinese Coast Guards vessels entered Japanese territorial waters around the Senkaku/Diaoyu Islands and approached within a few hundred meters of the Japanese fishing boat. Similar incidents have occurred almost every week since.

Due to expansion of Chinese aggressive maritime strategy policy and building more military operational bases, blocking all the significant chokepoints in the form of anti-access and area denial is a significant geopolitical threat in Indo-Pacific region. Its burgeoning military power and growing naval and maritime capability are linked to the country’s overall maritime strategy and rising profile in the international arena, and her long-term intentions in the Asia-Pacific region.

Tokyo is also concerned about a recent Coast Guard Law of China that gives this wing of its armed forces the authority to use force and hence target Japanese vessels in the East China Sea. Beijing maintains that its law does not target any specific country. The fact that china is blatantly ignoring established maritime rules and provisions of the Law of Sea and exclusively claiming one thousand kilometers or more off its southern coast is particularly disturbing to many. There is one view that sea-based tensions are bound to increase in the years to come as nations start competing for scarce resources in the Blue Waters. It is just not what lies under the oceans of the Spratlys but the race for developmental space in the Oceans leading to deep sea mining and the hunt for marine products could bring nations in direct conflict. Add to this, the fact that countries like India and Japan are heavily dependent on imported oil and policing established international waterways is going to be yet another problem.

The Indo-Pacific has already been experiencing substantial changes, in terms of the ongoing power transition, the struggle to maintain a related balance of power founded upon a consensually derived rules based orders, and all related aspects intertwined within the web of economics, commerce and trade. From this crucible, a new set of alliances, partnerships, and anxieties have emerged, many of them pointed at China, either directly, indirectly or inferred. Although the QUAD is expanding its ambit, there is much work that can be done in terms of “holistic maritime security”, which could allay apprehensions arising from QUAD being viewed as a hard security dialogue. While several nations are responding to China’s actions and activities, there is no semblance of a coordinated mechanism to address the many issues that have emerged. China was also critical of QUAD (India, Australia, Japan and the US) and seen as strategic countermeasures against the Chinese BRI. However, all four members in the QUAD grouping has denied that QUAD is formed to counter China rather it is to create open, free and resilience Indo-Pacific.