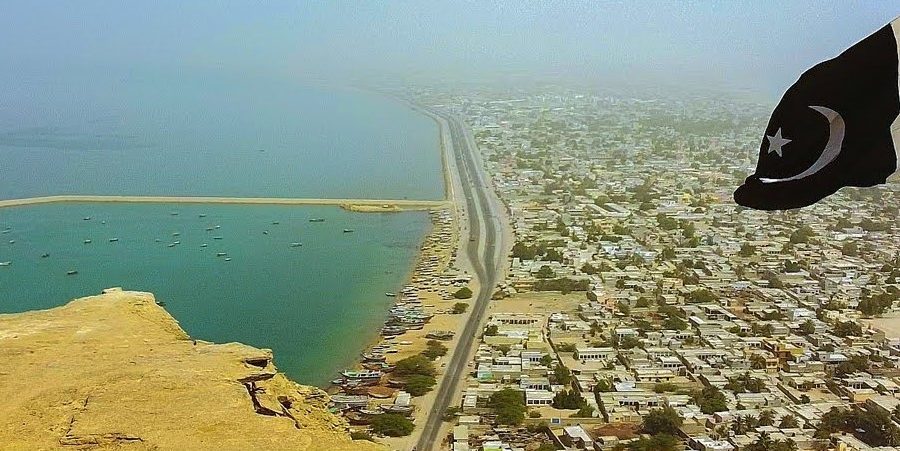 The Cabinet Committee that oversees all CPEC-related work in Pakistan has decided against the Navy (PN) retaining 20 acres of land where, the latter says, “the geographical dictates make Shamba Ismail the only central advantageous location for seaward security, response generation”.

A report in the Express Tribune says that the committee has overridden the PN’s plea made after detailed study and analysis that forcefully concludes that the “sole purpose” for which it wants to retain the land with seafront “is to ensure timely response for the defence and security of Gwadar Port against the ubiquitous asymmetric threat, according to the Ministry of Defence.”

The “ubiquitous asymmetric threat” is not spelt, but analysts say this pertains to an adversarial India that blockaded the Karachi port and throttled the PN’s naval capacities during the 1971 conflict. That threat persists even though the overall security situation has altered with the growing Chinese presence at Gwadar.

Besides, Gwadar’s location at the mouth of the Gulf, barely 100 km from Iran’s Chabahar port and the continuing tensions in the region make it necessary for the PN to retain its limited capacity to man vantage positions, these analysts say. Clearing up hurdles and speeding up projects under the CPEC has been taken up post-haste by the Cabinet Committee, headed by Planning Minister Asad Umar, also politically close to Prime Minister Imran Khan, especially after their Beijing visit in the first week of this month.

The Chinese Government, as also the Chinese companies engaged in the CPEC projects had lodged several complaints with the Pakistani team. It is apparent that Khan and his government are burying all objections by the domestic stakeholders to ensure the CPEC’s work.

In a similar move, the communications ministry has been directed by the Cabinet Committee to speed up the realignment of Karakoram Highway from Thakot to Raikot. The Umar-led committee rejected the ministry’s plea seeking 14 months’ time to undertake and complete a feasibility study.

Asad Umar directed the Ministry of Communication, National Highway Authority and relevant stakeholders to meet the deadline so the project could be completed in time.

Of the many decisions taken by the Committee, the one on Gwadar has a long history. The PN had surrendered 500 of the 572 acres of land in its possession from 2015 onwards.

The 72 acres of land, which is currently in possession of the Navy, is part of the concessional agreement that Pakistan signed in November 2015 with China Overseas Port Holdings Company Limited (COPHCL) for 40-year lease of Gwadar Port.

The Cabinet Committee on CPEC has decisively reiterated its decision taken in February last year, directing the PN and different ministries to immediately get 72 acres of prime Gwadar land vacated, which was under the possession of Navy and was hampering work on CPEC.

The delay in getting the land vacated slowed down work on Gwadar Free Zone and Gwadar East Bay Expressway –the two projects that were very critical for the full functioning of Gwadar Port, showed official documents.

In 2019, Pakistan Navy voluntarily vacated another 12 acres of land for the passage of Gwadar East Bay Expressway, purely in national interest, according to the Navy.

However, the PN must now surrender the 20 acres of seafront that it considers most vital in security terms after the Committee rejected the Ministry of Defence proposal that 20 acres of land should be left with Pakistan Navy and as an alternative the Gwadar Development Authority may provide 20 acres of land to the Gwadar Port concession holder.

Umar has also given a deadline of 30 days to complete the game plan of Rashakai Special Economic Zone (SEZ), Khyber-Pakhtunkhwa, Dhabeji SEZ, Sindh, Allama Iqbal Industrial City, Punjab and Bostan SEZ, Balochistan, while reviewing the progress on provision of utilities for SEZs under CPEC.

In another report, all power generation projects are to be speeded up to provide Gwadar with interrupted supply. At present, Pakistan imports power from Iran. Gwadar experiences 15 to 20 hours of power-cut hampering work of which the Chinese have lodged serious complaints.