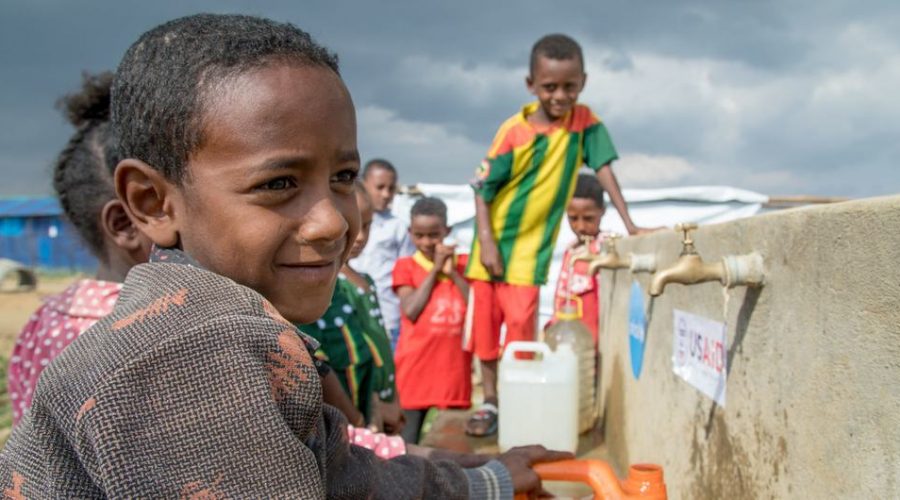 Ceasefire announcement in Ethiopia after thousands die in civil war in Tigray. Hope is renewed for millions displaced in a forgotten civil war as Europe focuses on Ukraine.

Europe and the west continue to focus on the war that Russia has brought at their doorstep while millions starve, are displaced and hundreds of thousands killed, raped and maimed in wars in Ethiopia, Yemen, Somalia and Libya. The west needs to stop being obsessed with Russia and NATO and focus on these conflicts which have a larger potential to be a humanitarian disaster and a security problem for Europe at its doorstep.

“The conflict in Ethiopia has caused terrible suffering for millions of people across Afar, Amhara, Tigray, Benishangul Gumz and Oromia”, said UN Spokesperson, Stéphane Dujarric, in a statement issued on behalf of Secretary General António Guterres.

“These positive developments must now translate into immediate improvements on the ground”, the statement continued.

Conflict erupted in Tigray in November 2020 between federal troops and forces loyal to the Tigray People’s Liberation Front (TPLF). The war spilled over into the neighbouring regions of Amhara and Afar, killing thousands of civilians, and displacing millions across northern Ethiopia, and into neighbouring Sudan.

All parties to the conflict are responsible for multiple grave rights abuses, according to UN human rights chief Michelle Bachelet.

The northern region has not received any aid deliveries by road since last December, due to the ongoing fighting. The Ethiopian Government declared the cessation of hostilities on Thursday, saying that it was to allow aid to reach stricken civilians.

Hours later, Tigrayan authorities issued a statement saying that they would do everything possible, to make the humanitarian ceasefire, a success.

The group later accused TPLF fighters of robbing, assaulting and raping women at gunpoint in Amhara – actions that Ms Callamard said “amount to war crimes and potentially crimes against humanity”.

The BBC tried to contact the TPLF for comment but received no response. It had previously questioned Amnesty’s report accusing its fighters of rape but said it backed the group’s call for an independent investigation into atrocities committed by all sides in the conflict.

Tigrayan rebels have agreed to a “cessation of hostilities”, a turning point in the nearly 17-month war in northern Ethiopia following the government’s announcement of an indefinite humanitarian truce a day earlier.

In a statement sent to AFP early on Friday, the rebels said that they were “committed to implementing a cessation of hostilities effective immediately,” and urged Ethiopian authorities to hasten the delivery of emergency aid into Tigray, where hundreds of thousands face starvation.