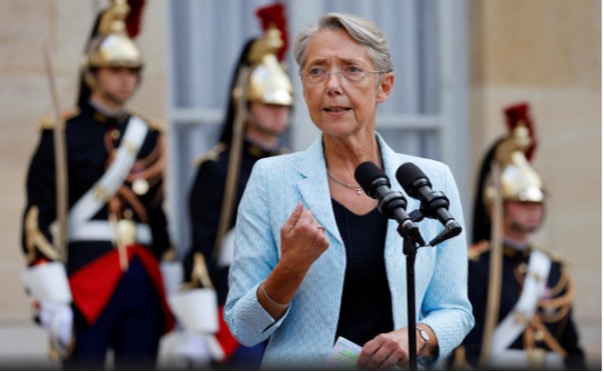 French President Emmanuel Macron has named Elisabeth Borne as the country’s new Prime Minister. Borne, 61, is a former Minister of transport, ecology and labour. She is the second woman to hold the position after Edith Cresson (1991-1992) under President Francois Mitterrand.

Borne succeeds Jean Castex, who had led the French cabinet since July 2020 and resigned earlier yesterday. A long-time member of the Socialist Party (PS), Borne voted for Macron in the 2017 presidential election and later joined the centrist La Republique en Marche party.

Ending weeks of speculation, the Elysee confirmed Ms. Borne’s nomination in a statement and she then headed to the Matignon residence of the premier in Paris for the handover with Castex. The new government under Ms. Borne is expected to be announced in the next days.

Ms. Borne, 61, is seen as an able technocrat who can negotiate prudently with unions, as the President embarks on a new package of social reforms that notably include a rise in the retirement age which risks sparking protests.

A French presidential official, who asked not to be named, described Ms. Borne as a woman of “conviction, action and realisation,” noting her “capacity to carry out reforms.”

She expressed amazement that it had taken France — which has never had a female head of state — so long to have another woman Prime Minister. “France is very behind — not the French population but the political class,” added Ms. Cresson, who was the target of numerous sexist attacks during her time in office.