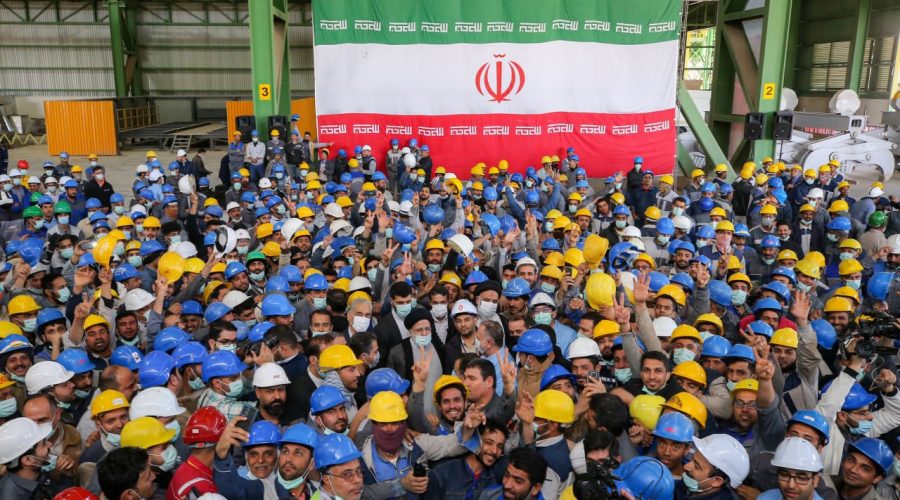 15th Century begins in Iran this Nowruz as Persian and several other middle eastern communities celebrated the new year on the 20th of March. This Nowruz, a new century dawned in Perso-sphere.

According to the Iranian government’s official website, the President stated that “Unemployment is the source of all economic and social disasters, and supporting production will be at the top of the government’s plans”, vowing to combat unemployment. Raisi’s biggest challenge is a young society which is plagued by sanctions and high unemployment while he searches a balance between the ageing revolutionary theocrats and a young population.

“No nation has achieved anything without intensive work and the maximum use of human and natural resources, and the new year and the new century must be the beginning of a new round of productive, useful, fruitful and progressive work for all of us,” he said.

Nowruz is a symbol and crystallisation of a value-oriented civilisation, the culmination of which is worshipping God, family-friendliness and peace. The Grand Ayatollah echoed the same priority for Production which should be knowledge-based and job-creating.

Meanwhile, the United States could return to the 2015 nuclear deal with Iran as soon as this week, but not if Israel and the U.S. GOP get their way. The U.S. State Department told Newsweek on Friday a return to the deal could be reached within days.

The Republican leader in the House of Representatives and the leader of Israel have both voiced their opposition to a return of the Obama-era deal.

Israel Prime Minister Naftali Bennett on Sunday said he was concerned about the nuclear deal’s pending return, which would include removing Iran’s Revolutionary Guard Corps (IRGC) from the U.S. and Israeli list of terrorist groups.

“We are very concerned about the United States’ intention to give in to Iran’s outrageous demand and remove the IRGC from the list of terrorist organizations,” Bennett told members of his cabinet, according to The Times of Israel.

Wang made the remarks in a phone conversation with Iranian Foreign Minister Hossein Amir Abdollahian, stressing that China opposes unilateral sanctions that have no basis in international law.

Wang reaffirmed China’s support for reaching an agreement to restore the JCPOA at an early date. China is open to and supportive of any effort that is conducive to realizing the goal, he said.

Underscoring the volatile international and regional situation, Wang said China is willing to enhance coordination and collaboration with Iran to promote a settlement that is conducive to regional peace and stability.

Iran has also been working with Russia to exempt any Iran-Russia trade from US sanctions.